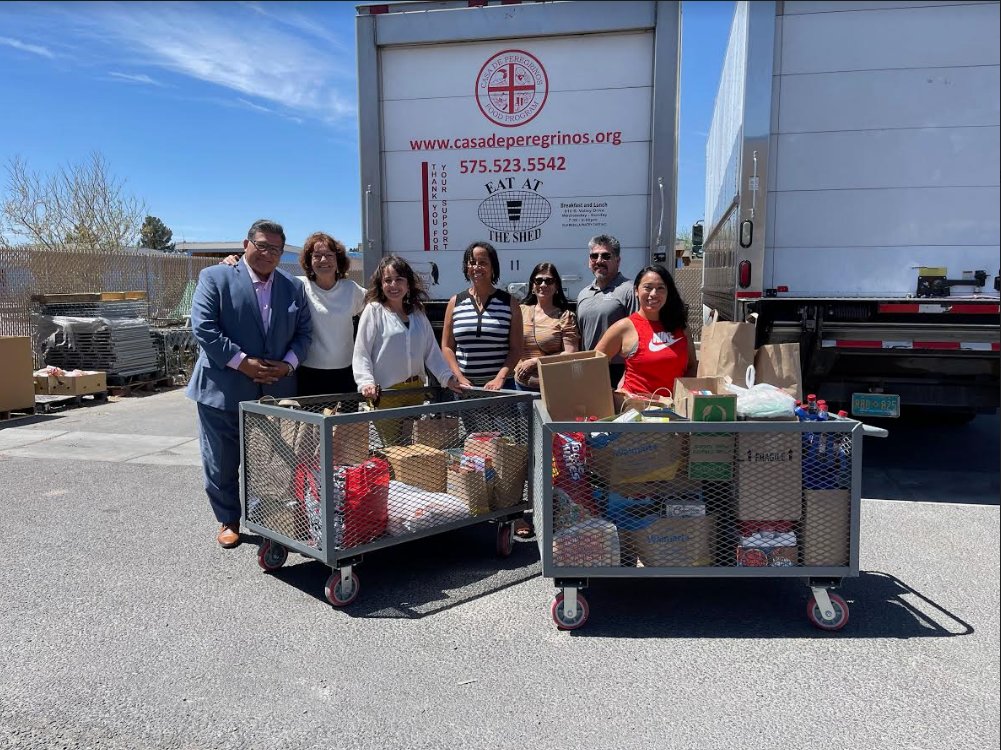 Members of the Las Cruces Association of Realtors (LCAR) Community Service Committee delivered a donation of 510 pounds of food to Casa de Peregrinos in April, LCAR said in a news release.

Casa de Peregrinos was founded in April 1979 by four La Mesa residents: Manuela Moreno, Rosario Rodriguez, Alphonso de los Santos and Lucy Martinez, according to www.casadeperegrinos.org. The four launched Casa de Peregrinos (“House of Pilgrims”) with $3,000 in the bank “and a lofty vision: to provide shelter, a food-and-clothing bank and cooperative activities for the homeless.”

CDP provides food help to Las Cruces and Doña Ana County families who may be experiencing financial emergencies. The CDP office is located at the Community of Hope, 999 W. Amador Ave. Each distribution includes staple foods such as beans, rice, canned goods, produce and meat and dairy products. Special packages can be assembled for homeless clients or others lacking cooking and refrigeration facilities. It also operates pantries in senior centers, rural areas and college campuses. In 2021, more than 30,000 individuals benefitted from 4.2 million meals distributed through its programs.

Members of the Las Cruces Association of Realtors were recognized and honored when the city council proclaimed April to be Fair Housing Month. The city’s proclamation commemorates the 54th anniversary of the passage of the Fair Housing Act “in effort to further nationwide progress toward ending housing discrimination in the United States,” LCAR said in a news release.