Remembering the NMSU alumna who invented the u-shaped taco 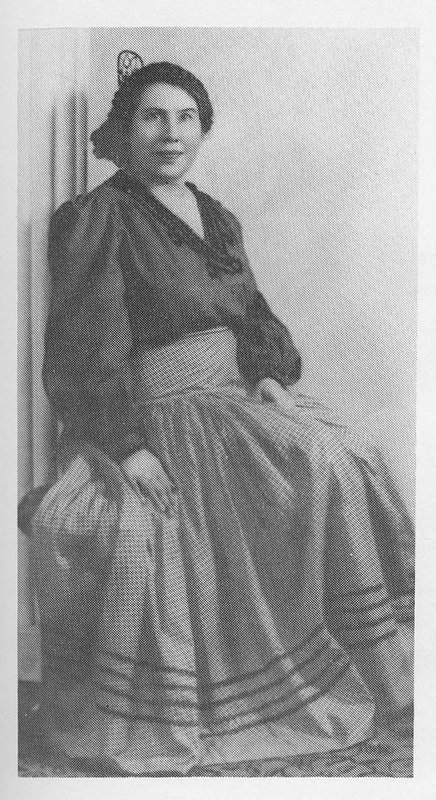 May 16 is an important day in the history, culture and cuisine of New Mexico.

Cabeza de Baca is credited by multiple sources as the first known published author of a cookbook about authentic New Mexican food, and as the inventor of the u-shaped fried taco shell.

All the cooking, writing and inventing must have agreed with her. Cabeza de Baca lived until Oct. 14, 1991 – more than 97 years!

Cabeza de Baca “was the first agent in New Mexico to work among Pueblo Indian women and girls, learning in the process to speak the Tewa and Tiwa languages,” according to the University of New Mexico. “In 1950, ‘loaned’ to the United Nations, she set up demonstration centers among the Tarascan Indians in Michoacan, Mexico. Students came from Central and South America for the training program, enabling them to set up similar programs in their home countries.”

Cabeza de Baca married Carlos Gilbert in 1931. They divorced after 10 years of marriage. Gilbert was active in LULAC, and that may have sparked Cabeza de Baca’s interest in Hispanic civil rights.

She hosted a bilingual radio program in Santa Fe, wrote a weekly homemakers newspaper column and was a prolific author. Her books include “The Good Life: New Mexican Food” (1949), “Historic Cookery” (1956) and “Good Life: New Mexico Traditions and Food” (1982).

“We Fed Them Cactus” (1954) is Cabeza de Baca’s “beloved memoir” of the era “prior to statehood (when) the Llano Estacado, the great plains of northeastern New Mexico and northwestern Texas, were colonized by Hispanic ranchers,” according to the University of New Mexico Press.

The book’s title comes from a 1918 drought when farmers fed cactus to their cattle.