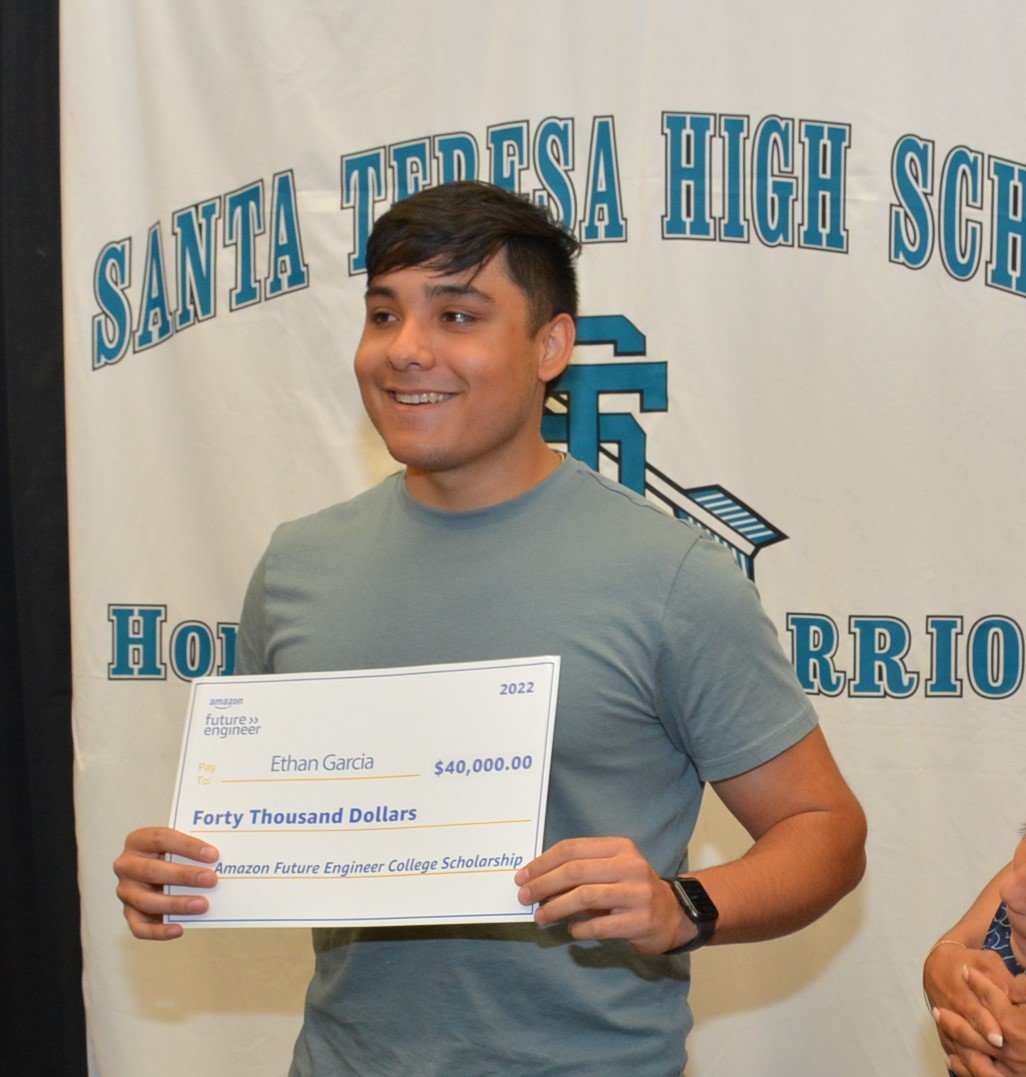 Ethan Garcia of Santa Teresa High School in Santa Teresa, New Mexico, is one of 250 high-school seniors from “underserved communities across the country” who have been awarded an Amazon Future Engineer Scholarship, including a $40,000 scholarship to study computer science at a university of their choosing and a paid internship at Amazon after their freshman year of college, Amazon said in a news release.

Garcia was selected “because he was willing to carve a path for himself in computer science, teaching himself to code and attended STEM summer programs,” Amazon said.

“Despite usually being the only Hispanic present, I was not discouraged. Instead, I was more motivated to use this opportunity to represent my culture,” Garcia said in the news release. “My community is capable of exceeding in technology and I want to become an example of that. I want to show the world who I am, where I am from and how computer science can change lives,” he said in his application.

Amazon awarded $40,000 scholarships to 250 students in 2022, for a total of $10 million, more than double the company’s commitment from previous years, the news release said. Scholarship recipients will also receive a paid internship at Amazon after their freshman year of college to gain hands-on, practical work experience with mentorship from Amazon leaders.
Since 2019, Amazon has awarded $22 million in scholarships through Amazon Future Engineer, the company’s global philanthropic education program, to 550 U.S. high-school seniors from underserved and historically underrepresented communities.

This year’s winners were chosen among thousands of applicants and more than 70 percent of scholarship recipients identify as Black, Latinx and Native American, Amazon said. Scholarship recipients were chosen based on a variety of criteria, including their academic achievement, demonstrated leadership, participation in school and community activities, work experience, future goals and financial.