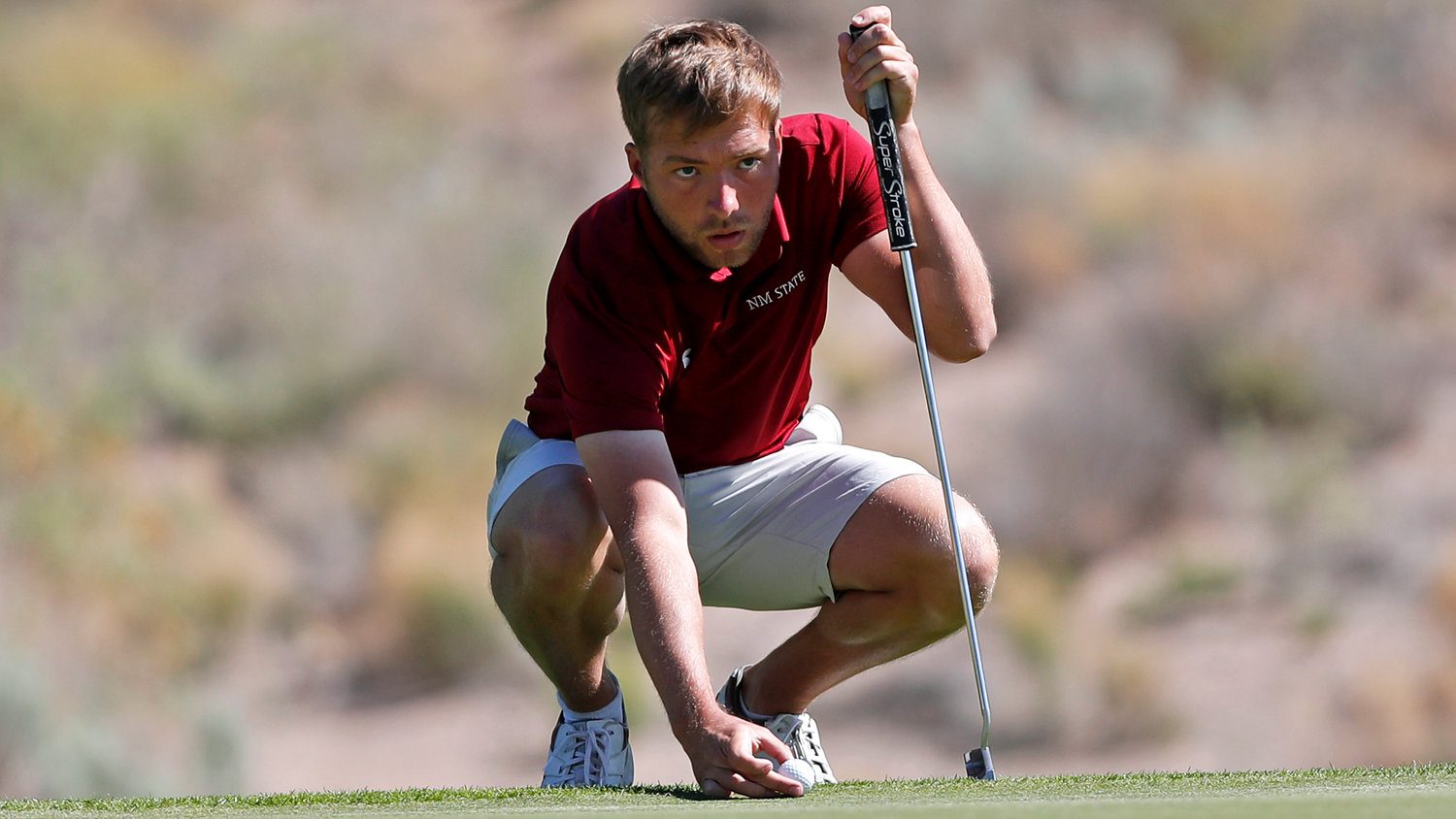 Sophomore Garrison Smith was the Aggies top golfer during the first day of action at the NCAA Southwest Region in Albuquerque.
NMSU
Posted Monday, May 17, 2021 4:55 pm
Dave Burge

Sophomore Garrison Smith was the top New Mexico State University men’s golfer after the first day of action at the NCAA Southwest Region in Albuquerque on Monday.

Smith, from Mansfield, Texas, carded four birdies, three of them on the back nine, to finish in a tie for 18th place. Smith shot a 1-under 71 at The Championship Golf Course at the University of New Mexico.

Freshman Aidan Thomas, of Albuquerque,  and teammate Cole Grossl, of Keller, Texas, finished tied for 57th, both 4-over 76.

Day two of the Southwest Region gets under way at 7:30 a.m. Tuesday. The Aggies are set to tee off on hole one beginning at 9:20 a.m.