They all live in a chile submarine 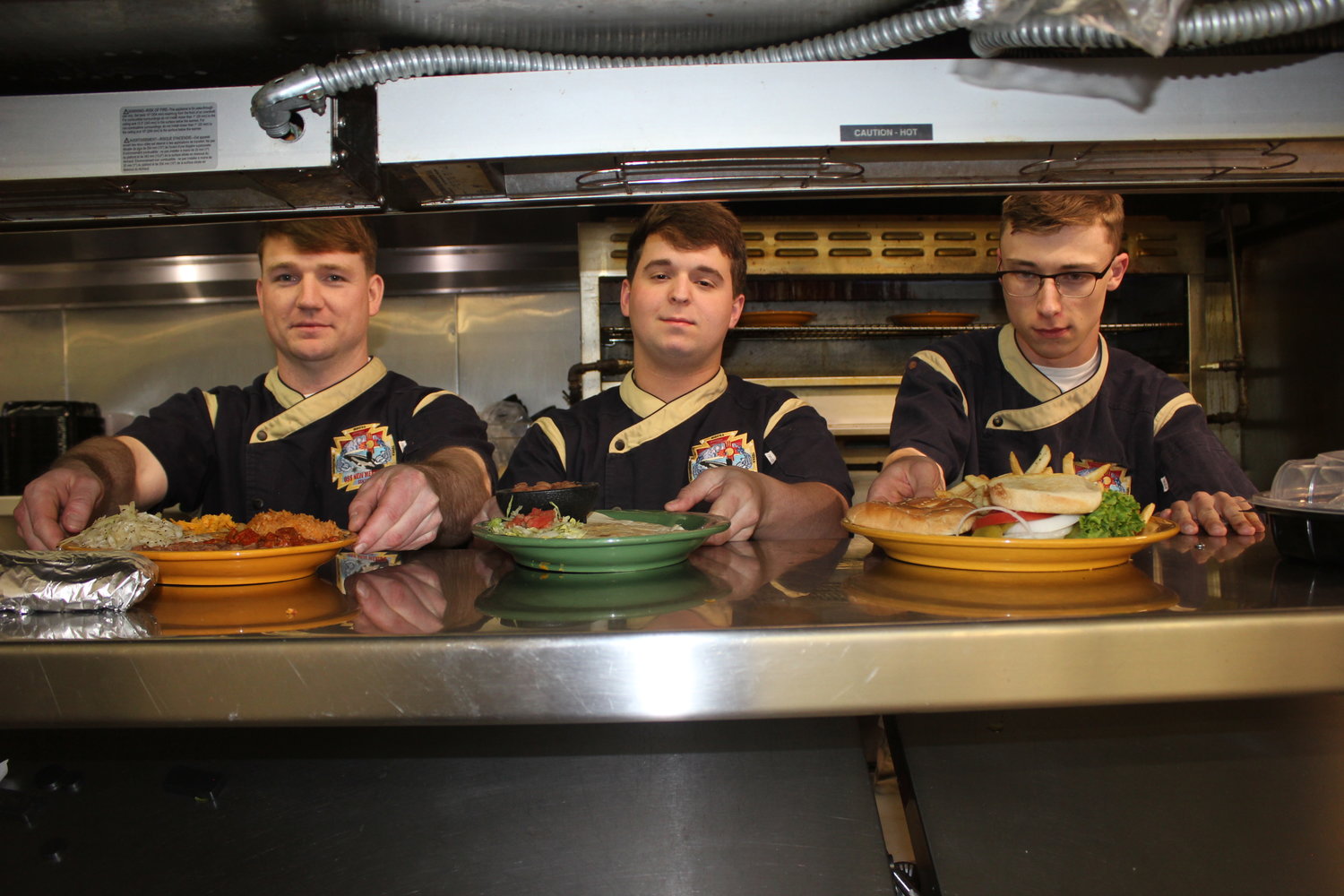 For generations upon generations, older folks have bemoaned younger people: “They’re going to be the ruin of us!”

Although, if we look back through history, the more disastrous decisions were typically made by older, “wiser,” people.

We’ve all had encounters, though, with young people who inspire hope for a brighter future.

I had such an encounter recently at La Posta de Mesilla, the landmark restaurant that’s been around since 1939.

In 2009, a U.S. Navy submarine, the USS New Mexico SN779, had its galley (the sub’s kitchen) re-named La Posta Abajo del Mar, on the occasion of the restaurant’s 70th anniversary.

The title is not just honorary. Periodically, the Navy dispatches the galley’s culinary specialists to Las Cruces to learn some of the La Posta specialties, as well as more about the hospitality industry.

Tom Hutchinson, who owns La Posta with his wife, Jerean, is a Navy veteran himself and they love hosting the young sailors.

“Aren’t these fantastic young men?” Tom asked April 12, after spending a couple of days with the latest group of culinary specialists from the submarine.

The trio hails from all different parts of the country, and all were eager to learn.

The youngest of the three, Seaman Cole Pagels, 21, is from South Bend, Indiana. He said his favorite of the La Posta meals he tried was the chile rellenos.

The oldest of the group, E6 Kyle Scott, 29, and from Dover, Delaware, said he really liked the enchiladas, Christmas style.

E4 Nick Armantrout Buckler, 21, and from Sacramento, California, was still trying to decide his favorite after the third day.

La Posta’s kitchen is small for a large restaurant. The age and location of the building limits the space.

But compared to a galley on a submarine, it’s as big as all outdoors.

In the cramped space of the sub’s kitchen, the culinary specialists prepare meals for as many as 90 sailors. The USS New Mexico is stationed at Naval Station, Norfolk, Virginia, and the sailors have ported all over the world.

The things they learned at La Posta were all new to them, however, starting with seeing a whole different country on the drive to Las Cruces from the El Paso Airport.

“You mean that’s Mexico right there?” one said, echoing what a lot of people say when they make that first trip down Interstate 10. They were also impressed by our mountains.

Learning about chile and the blend of flavors at La Posta will benefit their fellow sailors, and teach them more about the hospitality business. Jerean gave the crew a tutorial on agave-based liquors, showing the young men there is a whole world of tequila beyond the notorious Jose Cuervo.

While they learned about New Mexican cuisine, I learned about life on a submarine, referred to as a “boat” by sailors, though it doesn’t look anything like a boat to me.

Seaman Pagels told me I would have a tough time on the boat because of my height (6-2).

“You’d be banging your head on things all the time,” he said. They described one senior officer who’s bald, but forever had scabs and bruises on his head.

I asked them how the Navy determines if a sailor would be ill-suited for life on a submarine, and how they detect claustrophobia.

“They ask you a lot of questions,” Scott said. “Questions that seemed weird to me. Like, ‘Do you believe in ghosts?’”

I don’t believe in ghosts, but I do believe in New Mexican food, tequila, these young men, and hope for our future.