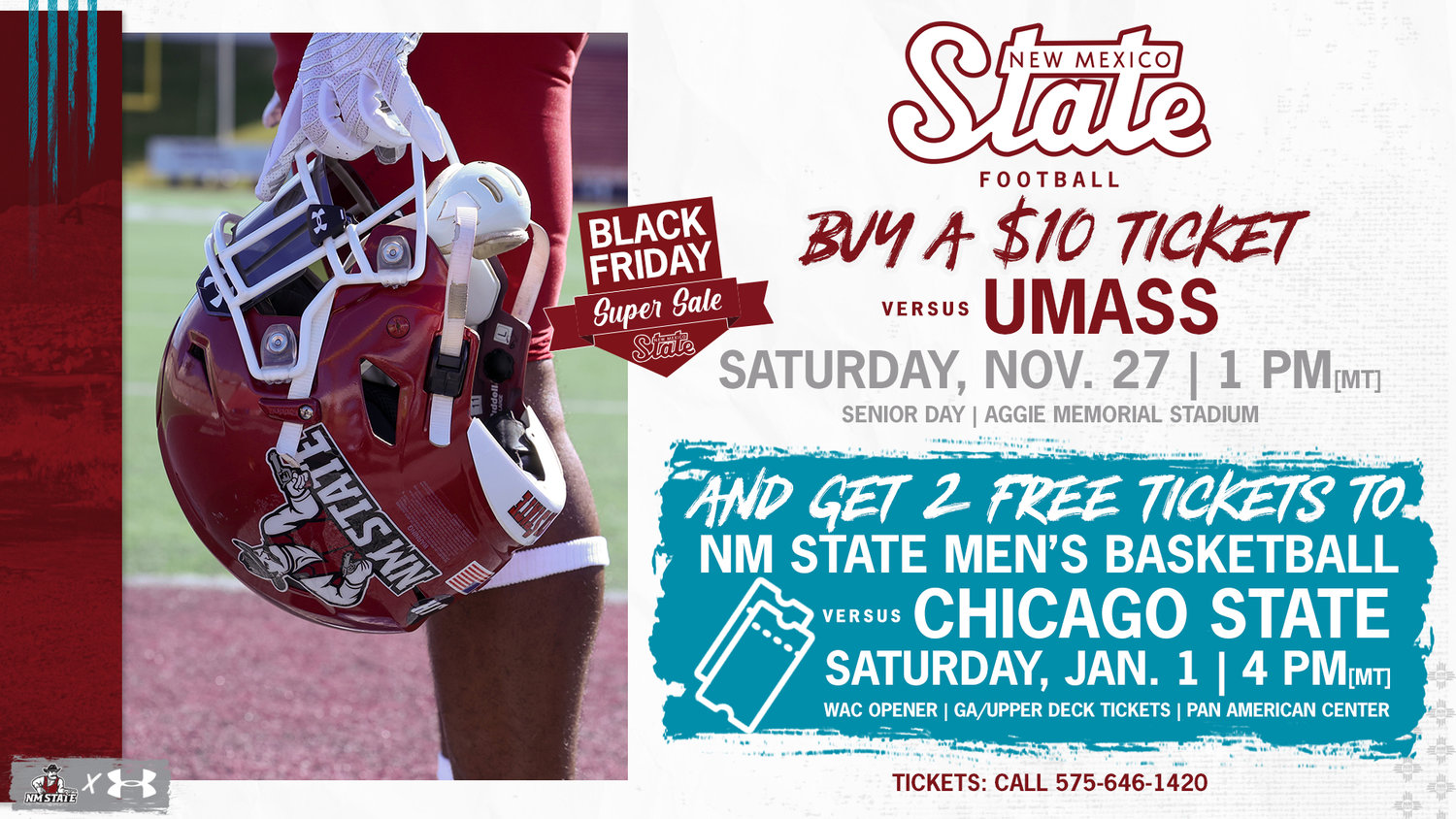 A one-time-only ticket special will allow NM State athletics fans the chance to catch two games for one low price.

Announced Monday by NM State athletics, a ticket special featuring the Aggies' football and men's basketball teams allows fans to get their hands on three tickets for only $10.

Fans can take advantage of the deal by visiting the Pan American Center Ticket Office in person from 8:30 a.m.-6 p.m. Monday-Friday or by calling the office at 575-646-1420 ahead of Saturday afternoon's kickoff.

The final game of the Aggies' 12-game schedule, Saturday's showdown with UMass gives NM State an opportunity to close out the 2021 campaign with a victory. Kickoff in the inaugural meeting between the Aggies and Minutemen is set for 1 p.m. MT at Aggie Memorial Stadium. The game will serve as senior day for NM State's 2021 senior class.

Currently, five of the NM State men's basketball team's 12 non-conference games are in the books. The Aggies possess a 4-1 record thus far in 2021-22 and when they take on the Cougars it will represent the first WAC men's basketball game played inside the Pan American Center since Thursday, March 5, 2020. NM State was selected to win the 2021-22 WAC regular-season title by the league's coaches and media personnel when the league announced its preseason polls in mid-October.

MEGA Chanukah on the Plaza