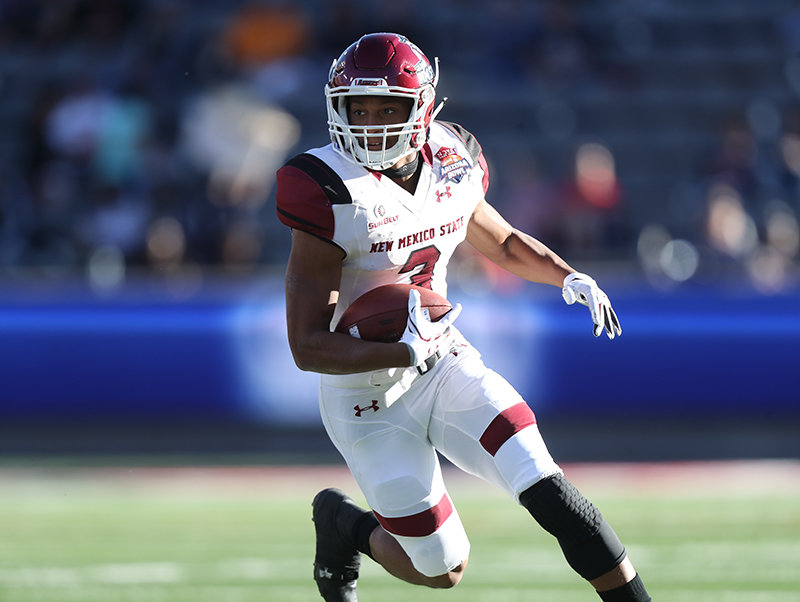 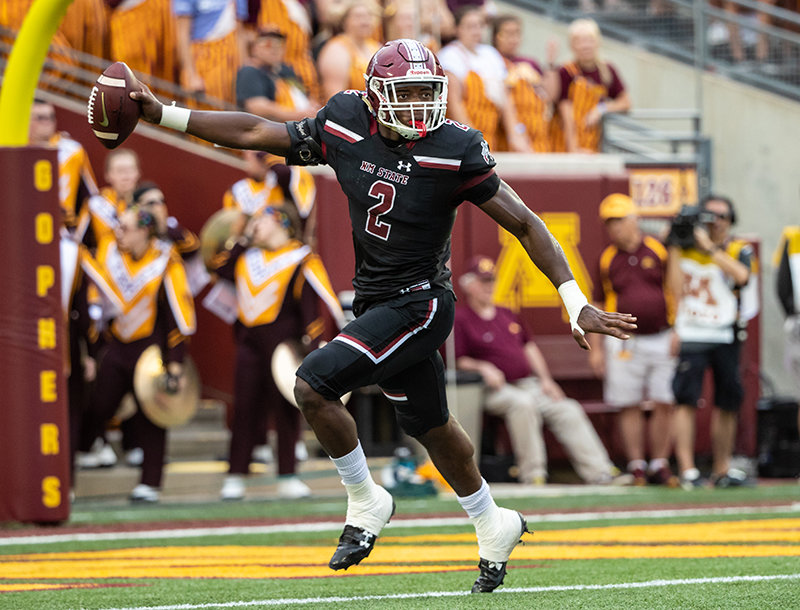 Two former NM State football players will continue their journey in professional football after being selected in Wednesday’s USFL Draft. The USFL will begin their inaugural season on April 16, 2022.

Larry Rose III became the first Aggie selected to the USFL when the New Orleans Breakers called his name with the fifth pick in the 27th round. In the positional order of the USFL Draft, all running backs and fullbacks were to be taken in the 27th and 28th rounds. While in Las Cruces, Rose III was named as the 2016 Sun Belt Offensive Student-Athlete of the Year, the 2015 All-Sun Belt First Team, and the 2015 Associated Press All-America Third Team.

Rose III rushed for 4,557 yards in the crimson and white while also hauling in 1157 yards through the air. Rose III also finished tied for the career record in rushing touchdowns for the Aggies with 37.

Terrill Hanks was selected by the Birmingham Stallions in the 30th round. Much like the running backs, outside linebackers were all slated to be drafted between the 29th and 31st rounds of the USFL Draft. As an Aggie, Hanks was named to the Sun Belt All-Newcomer Team, 2017 All-Sun Belt Honorable Mention, the 2017 Phil Steele All-Sun Belt Second Team, and was selected to the 2019 Senior Bowl.

Hanks signed with the Miami Dolphins as an undrafted free agent in 2019 after finishing his time at NM State.

In the inaugural game for the USFL, Hanks and the rest of his Birmingham Stallions will play host to the New Jersey Generals.