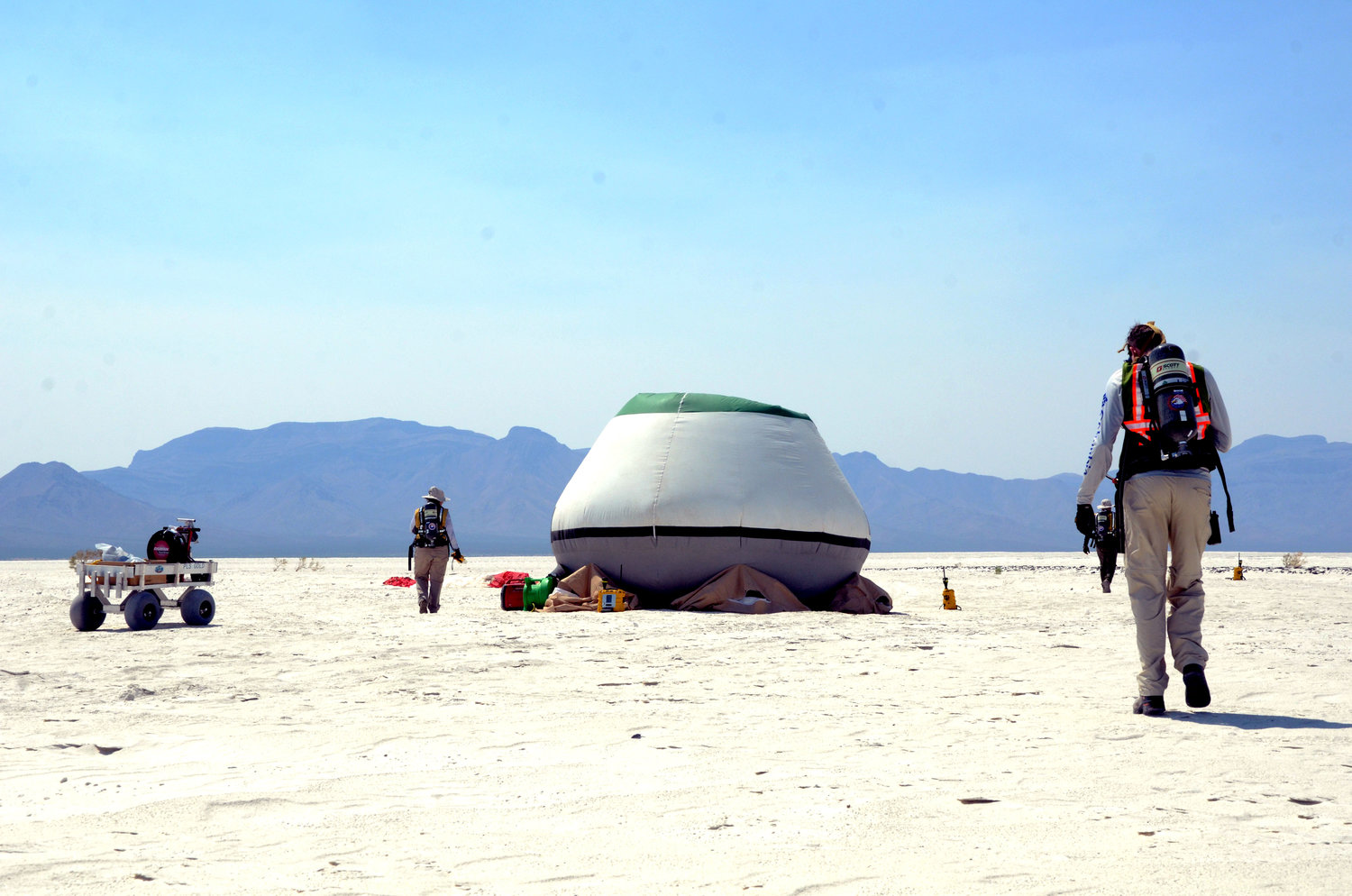 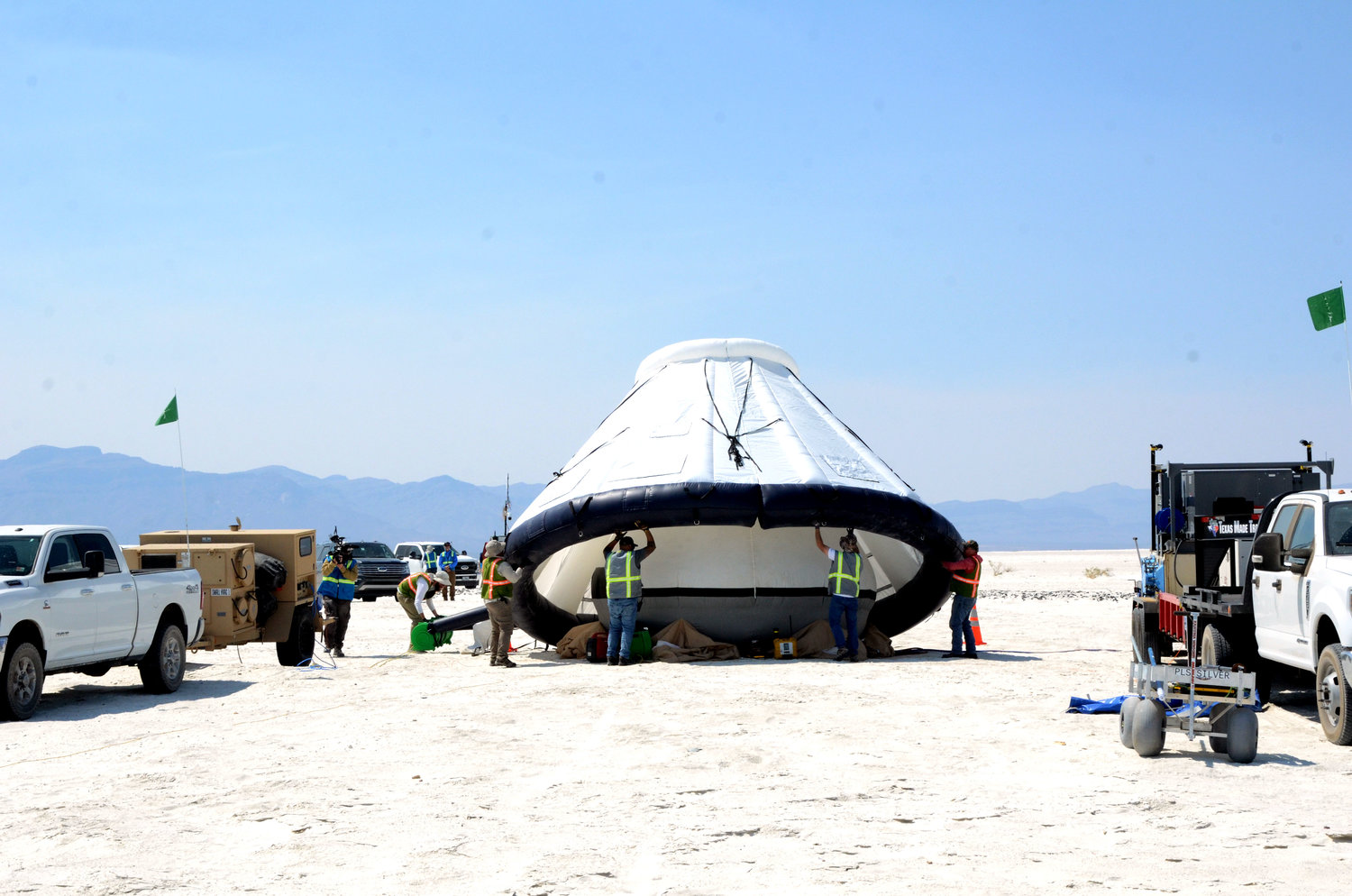 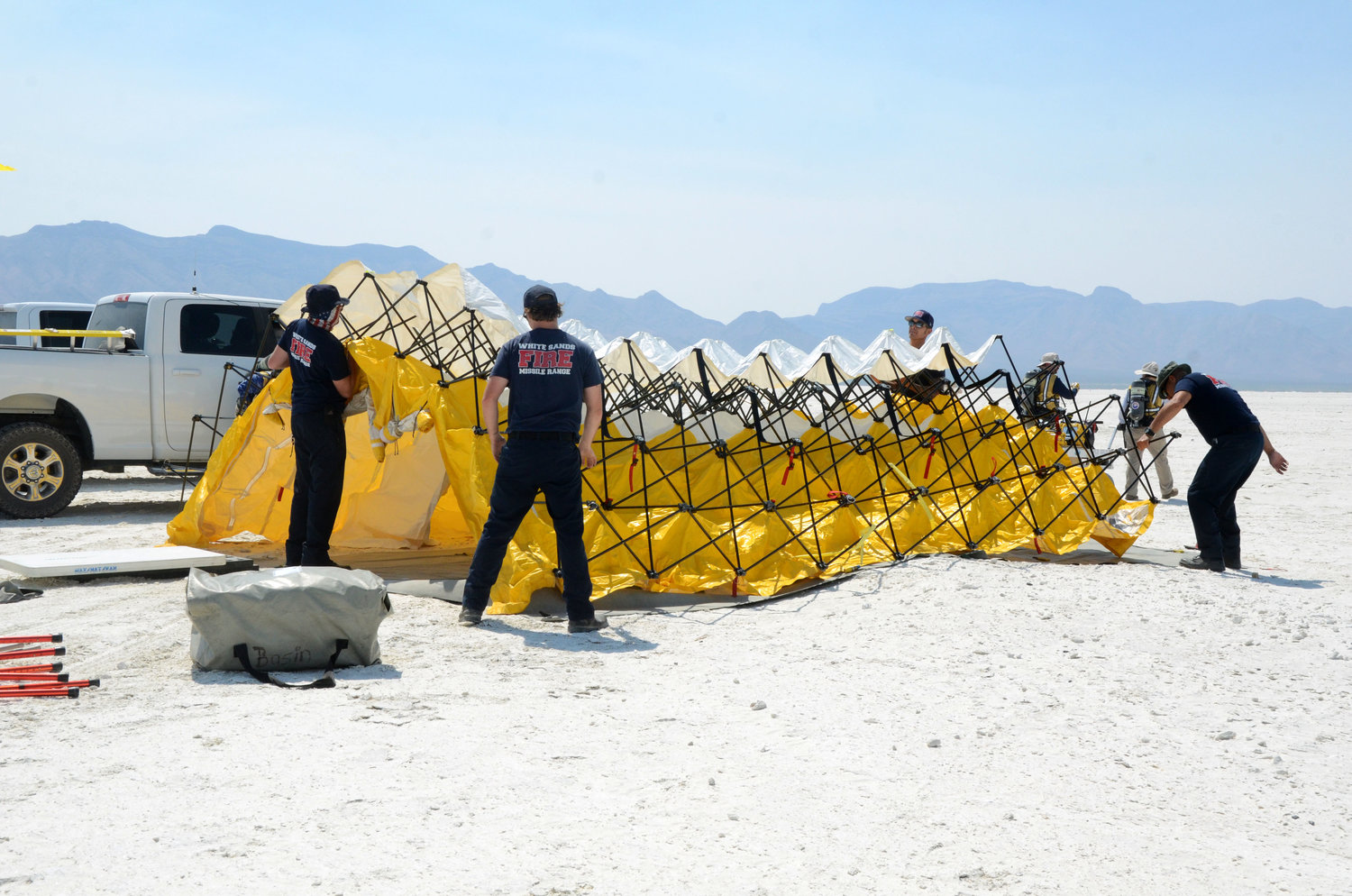 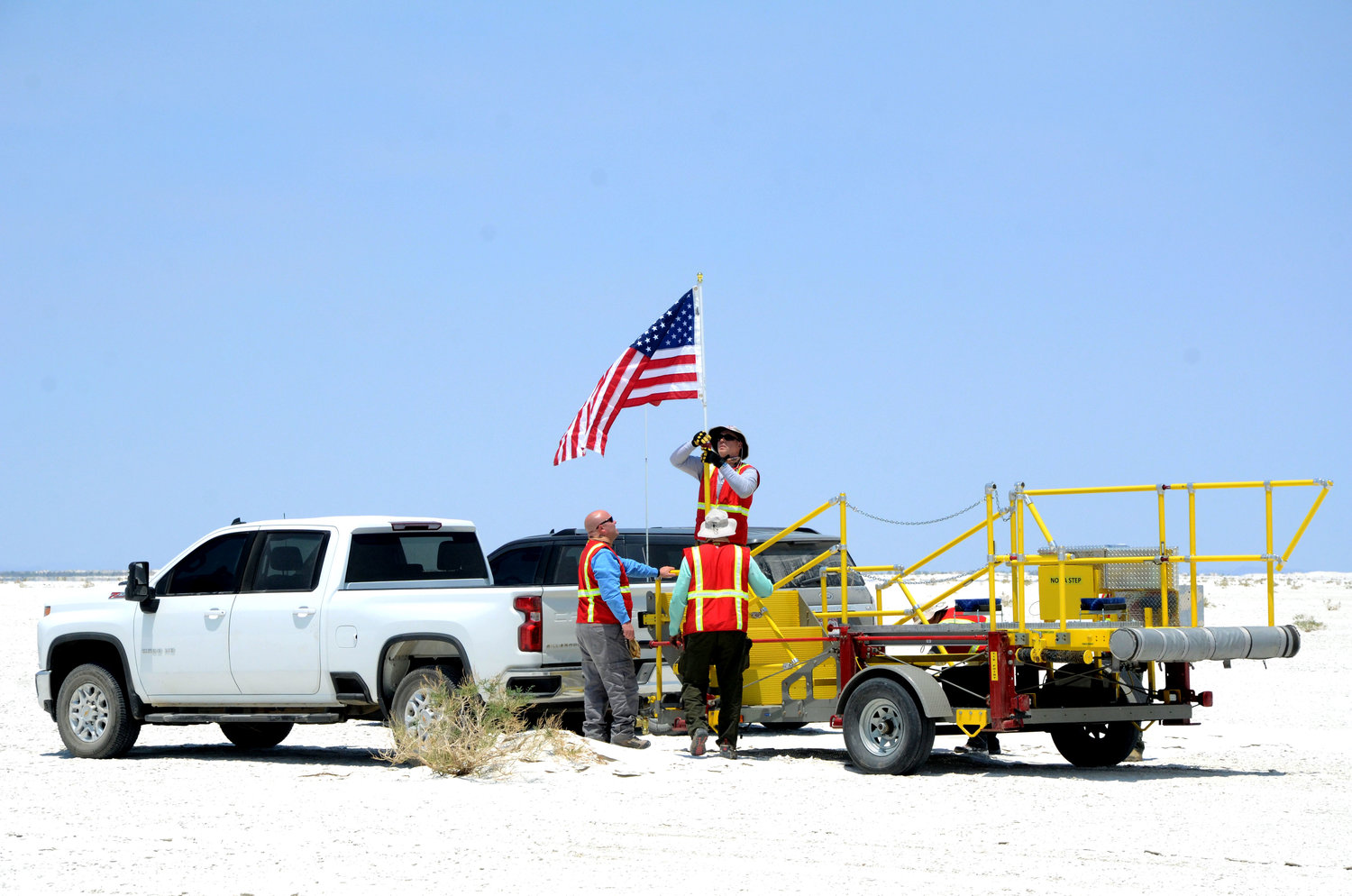 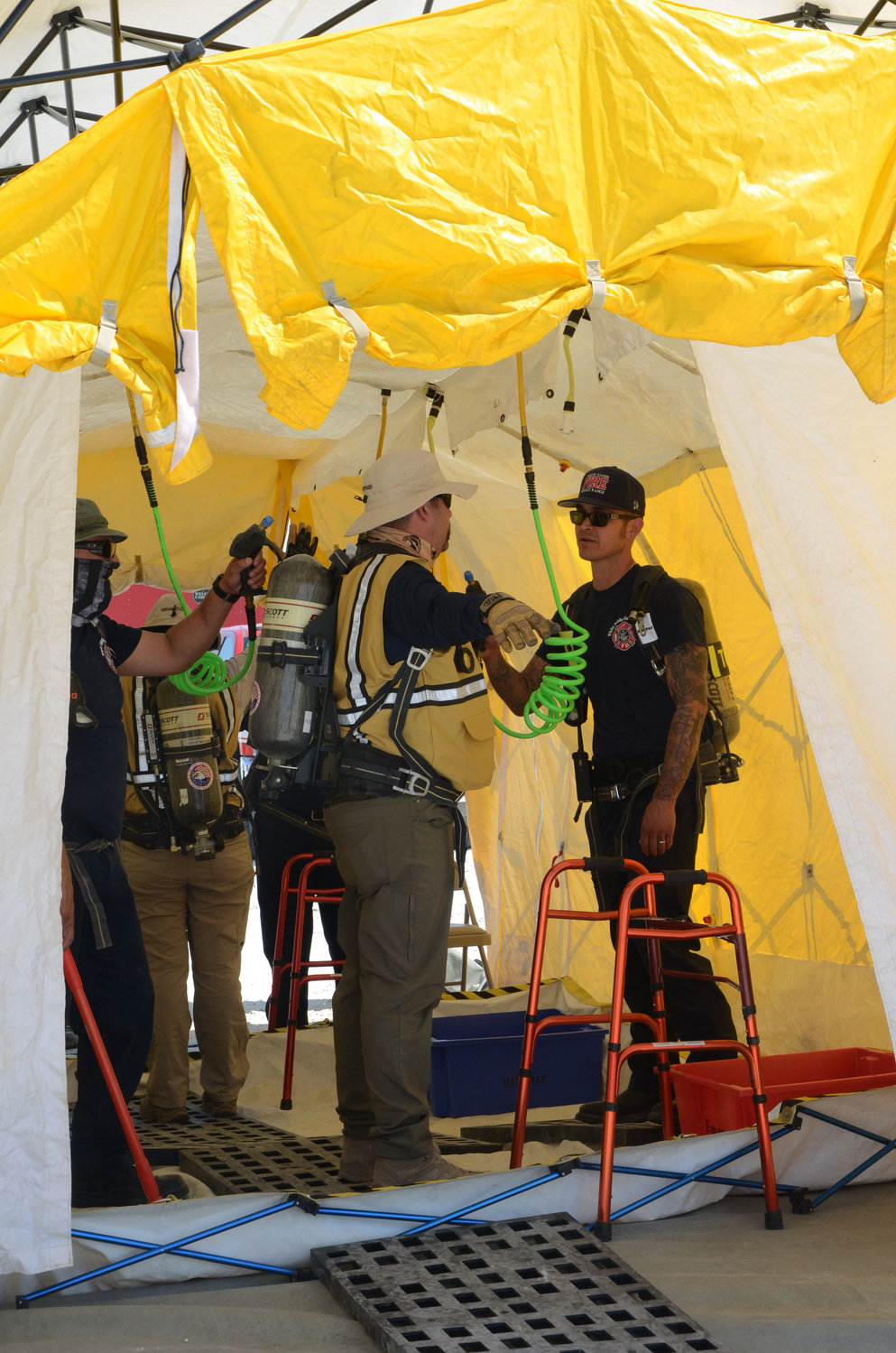 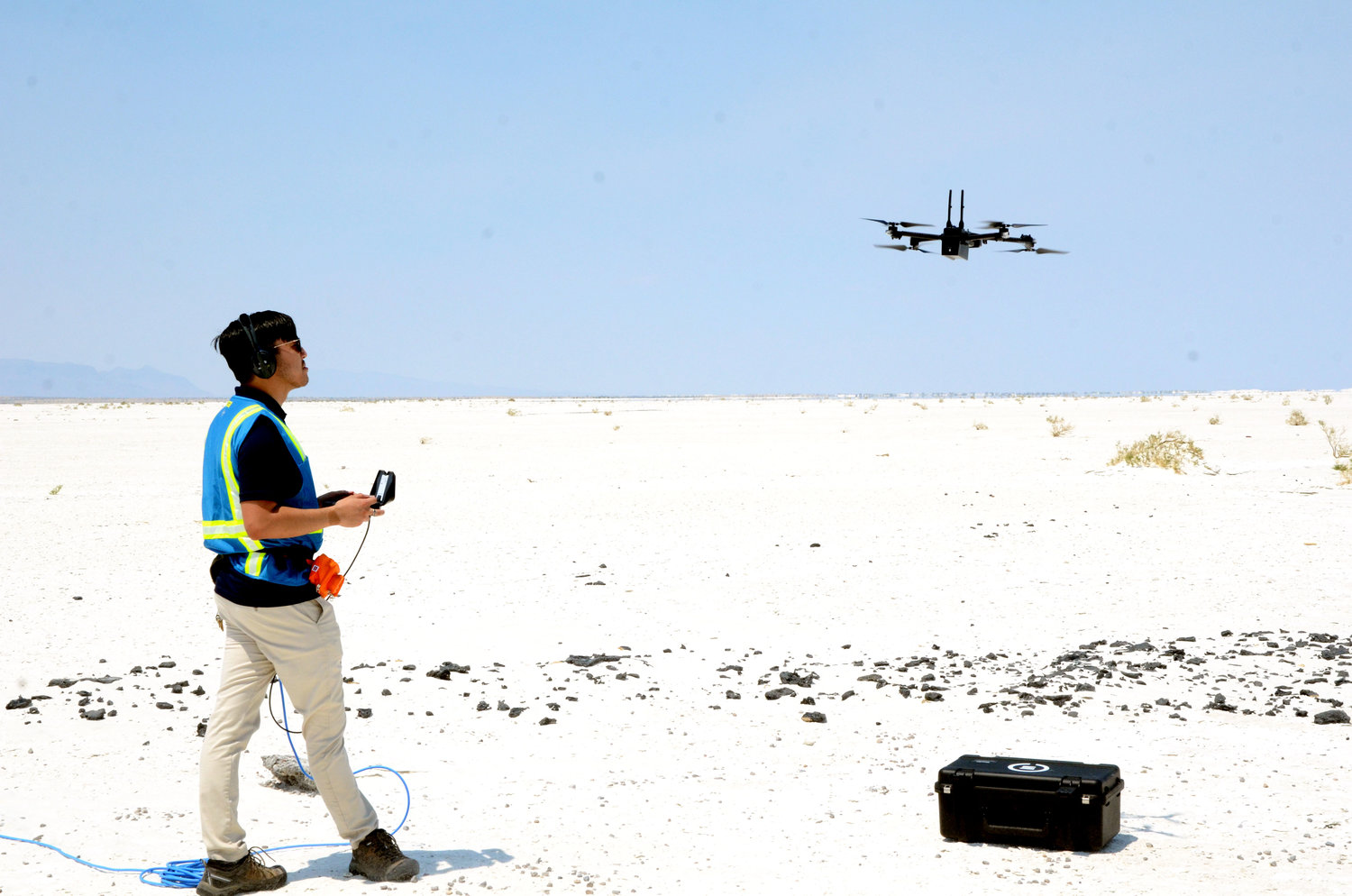 spacecraft. The spacecraft launched from Space Launch Complex 41 in Cape

Canaveral, Florida, and the anticipated landing is on May 25 at White Sands

Starliner's mission under NASA's Commercial Crew Program will be an uncrewed

test flight to the International Space Station, although it is a

transportation system for astronauts. It is the next step in NASA and

regular long-duration missions to the station.

installation, the first landing was in December 2019. In November of 2019,

Karla V. James works for the Materiel Test Directorate as the Air and Space

in the position, she works on the Starliner and other space-related projects

at the installation. She coordinates with NASA, Spaceport, Virgin Galactic,

and other space entities, especially when they need to utilize WSMR

throughout the year, working closely with the contractor, NASA, other

external organizations involved, and all the WSMR personnel who support the

tests and missions," said James. "We deal with funding, scheduling, and all

their required documentation. For example, we provide them a Ground Safety

Standard Operating Procedure to review and agree upon. That specific SOP has

different procedures to ensure we operate under safe measures."

Throughout the WSMR installation, several vital players provide their

expertise and skills in making the Landing and Recovery Mission successful

and safe for the surrounding communities.

"We work with several offices and people here at WSMR. The Flight Safety

anticipated landing and that weather is a significant factor. The WSMR

weather balloon releases. If the weather or any other factor causes the

module to shift from the agreed-upon landing sites between WSMR and Boeing,

landing, which could be White Sands Space Harbor or Range Road 26," said

Since there are two potential landing sites on the installation, the entire

WSMR team, Boeing, NASA, and all other personnel need to be prepared for the

landing and recovery to happen at either location. They also have alternate

in the running to be the landing site. However, it was narrowed down to two

landing sites for this mission. The Environmental Assessment ensures that

"If there is anything sensitive in a location, we must mitigate the activity

so that way we do not create damage of any kind to the land," said James

Thomas, Environmental Engineer for the White Sands Test Center. "We must

land, while ensuring the final proposed action from our client fits within

planning and provide manpower on the day of landing. Since White Sands

the Test Officers. The Test Conductors and key players have Mission Dress

Rehearsals ahead of the landing. The Test Conductors take notes during the

rehearsals and make sure all the moving elements work. If something does not

go as planned, the Test Officers and Test Conductors come together to adjust

the plan before the actual mission.

and is one of the Test Officers for this mission. One of her tasks is to

supports the live streaming and coverage for NASA TV. Martinez works with

them to ensure the SCIFLI team has the correct angles for the landing, so

everything they capture is suitable.

"I lead the team who works the Counter Drones here at WSMR," said Martinez.

"For this mission, we are using one of our Counter Drones to video capture

an aerial view and all the work that goes into the recovery. One example is

capsule after it lands, allowing people to see the large effort that goes

into the recovery of the capsule."

When Martinez does Counter Drone work, she collaborates closely with Evan

Technology Directorate. Since this mission added an unmanned aircraft

vehicle (UAV) element into the mix, she also works closely with him on this

is feasible. Leading up to the mission, my job is to let people know what is

possible, and if it is not possible, I come up with an alternate plan that

will have a similar result," said Gonzalez. "The day of the mission, I will

be piloting the drone. I am the lead pilot of the Counter UAS Team, so most

of the time, the drones I fly are targets that are shot down."

Gonzalez said it is nice to pilot something that is not going down, and this

missions. However, the planning and piloting skills that he uses daily are

very similar to his work on the Starliner capsule.

Department's involvement is providing and operating the decontamination

station. The Fire Department and others have received training on their part

in the landing and recovery process. In the future, they will also receive

training on what to do when the astronauts are present within the capsule.

"When the capsule lands, Boeing has a requirement to ensure it is safe to

approach the capsule and open the hatch," said James. "They send out Boeing

personnel in protective suits with hydrazine monitors and, depending on the

wind, determine where to set up the staging area. Up-wind or down-wind plays

a key part in the location."

hydrazine, the Fire Department helps them decontaminate in a makeshift

decontamination room. Then the Boeing staff is allowed to remove their

suits, and all the other team members supporting may approach the capsule

and execute their roles as the capsule recovery begins.

Sands Missile Range will live-stream on NASA TV at https://www.nasa.gov/.