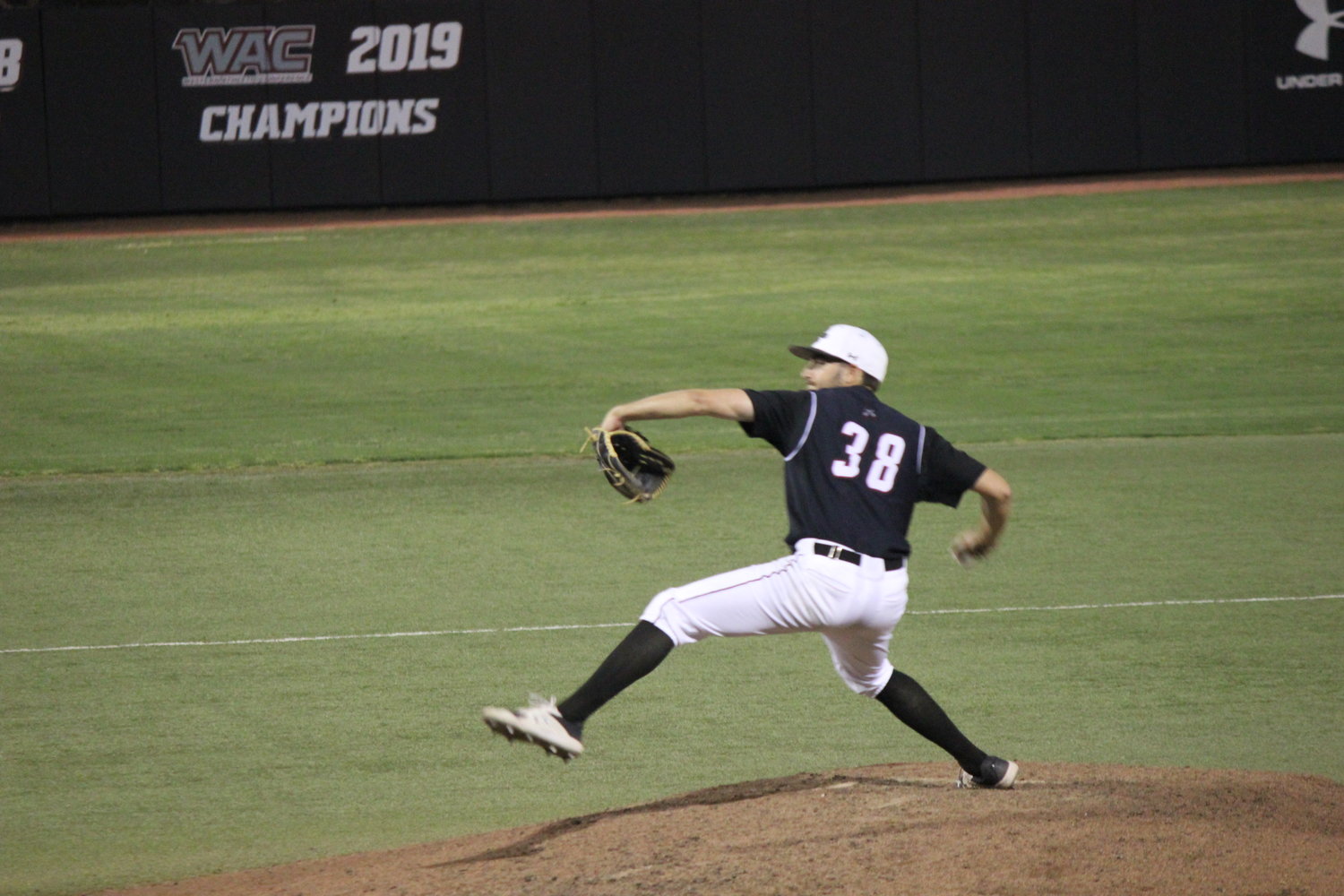 NM State pitcher Alex Shadid, No. 38, throws in relief against Arizona April 26 at Presley Askew Field on the NMSU campus.
Bulletin photo by Richard Coltharp
Posted Tuesday, May 3, 2022 8:08 am
By Dave Burge

The New Mexico State University baseball team has had an up-and-down season full of growing pains.

But with three weeks left in the season, the Aggies want to finish strong.

The goal is to qualify for the Western Athletic Conference tournament which will be May 25-28 in Mesa, Arizona. To do that, the Aggies will need to finish in the top four in the West Division of the conference.

Right now, the Aggies are 8-13 in the WAC and 18-23 overall after winning two out of three at home from Dixie State April 29 through May 1.

“It’s about getting into the (conference) tournament, winning four games and getting to (an NCAA) regional where anything can happen, where you are just five games away from going to Omaha (for the College World Series),” Aggie coach Mike Kirby said.

The Aggies have had their share of injuries this season, have some young players in key spots and have struggled at times during the last three innings, Kirby said.

“The guys are playing better and getting hot at the right time,” Kirby said. “Everyone is looking forward to the next game and trying to bring the mojo.”

The Aggies will be on the road this weekend for a three-game series against California Baptist on May 6-8 in Riverside.

They will then face the University of New Mexico in Albuquerque May 10 in a nonconference rivalry game.

NM State will follow that up with the final homestand of the season vs. Grand Canyon May 13-15 at Presley Askew Field.

The final series of the regular season will be in Orem, Utah, against Utah Valley May 19-21.

“Everything we need to do is in front of us, basically handle our own destiny,” Kirby said.