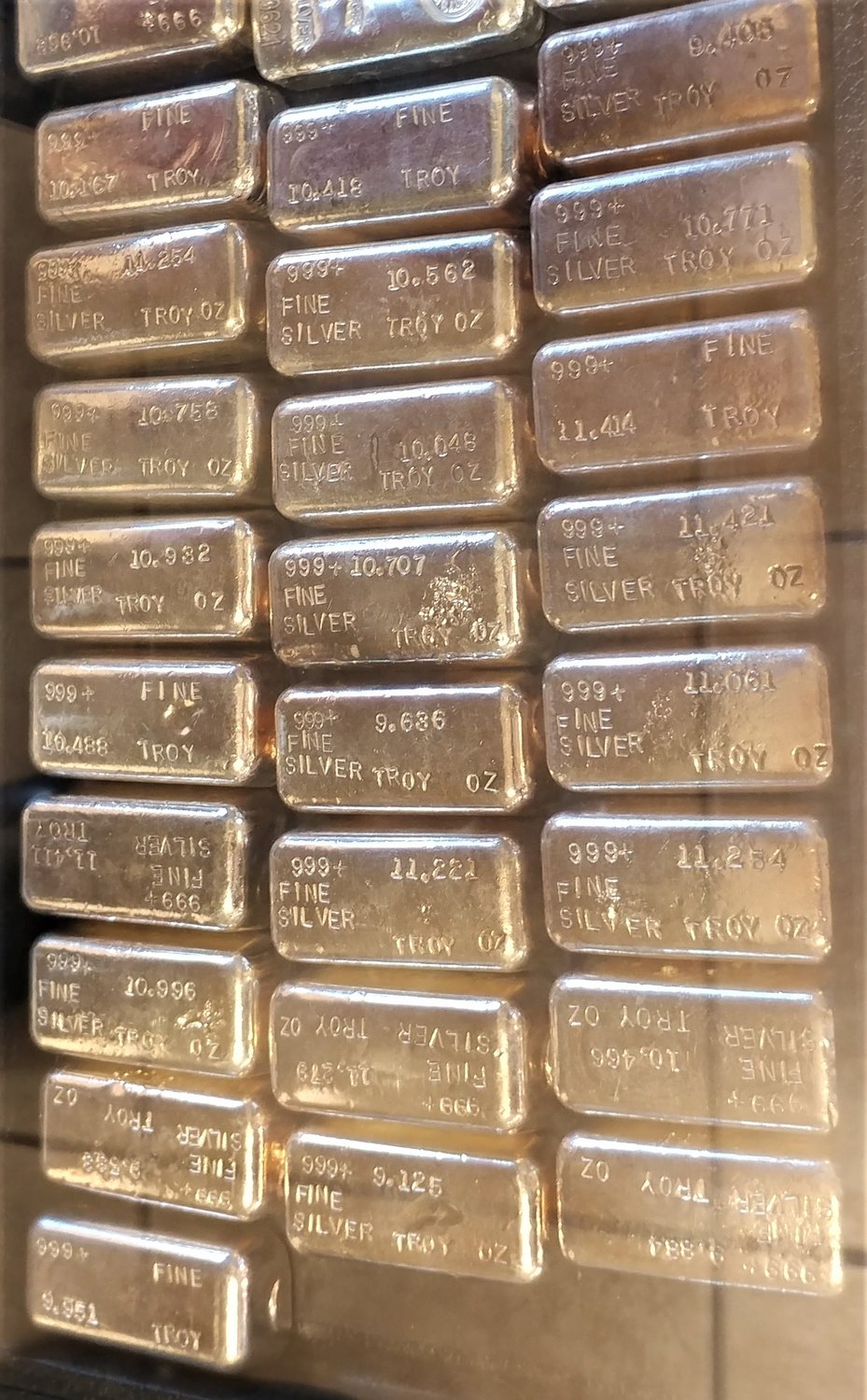 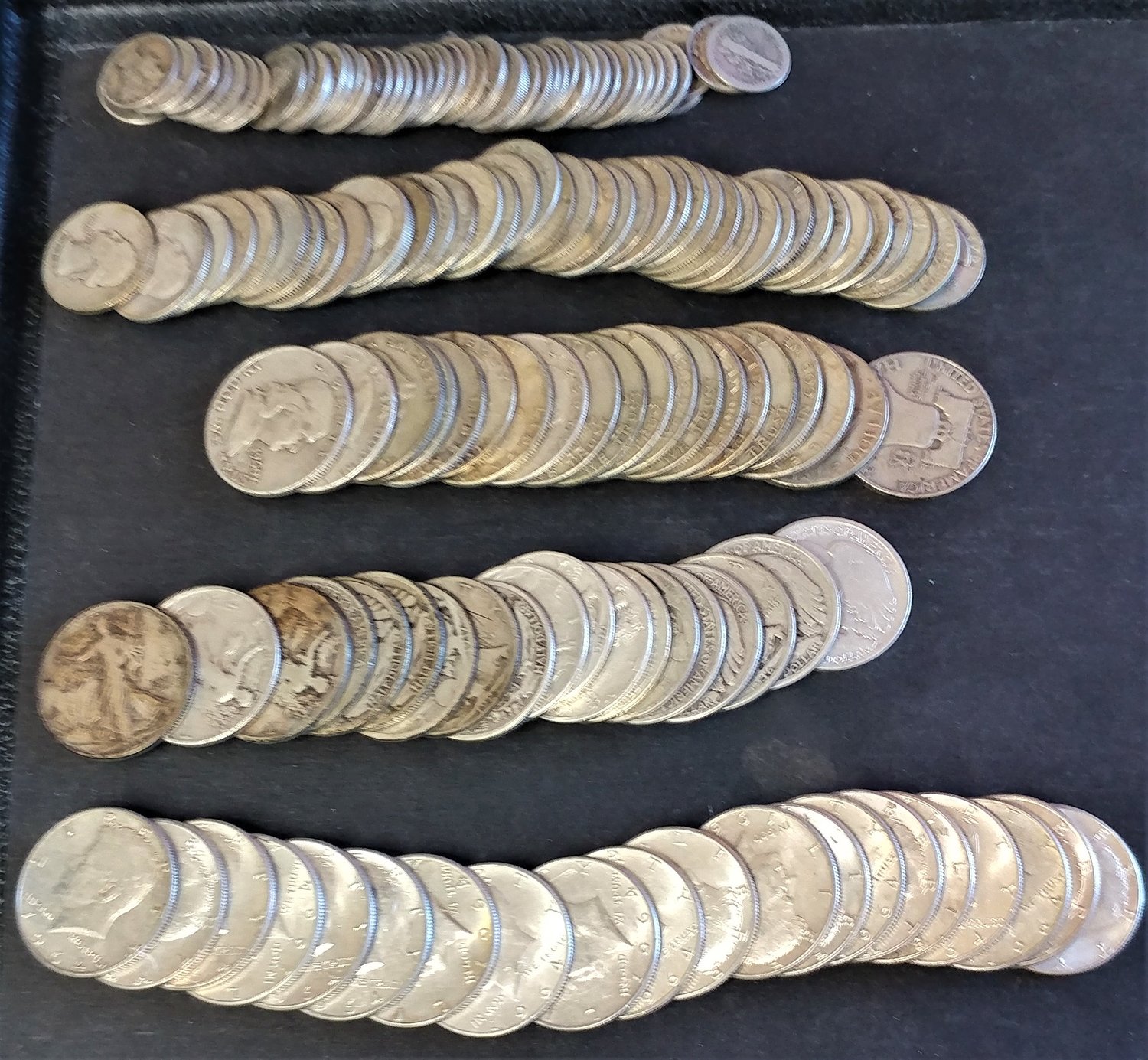 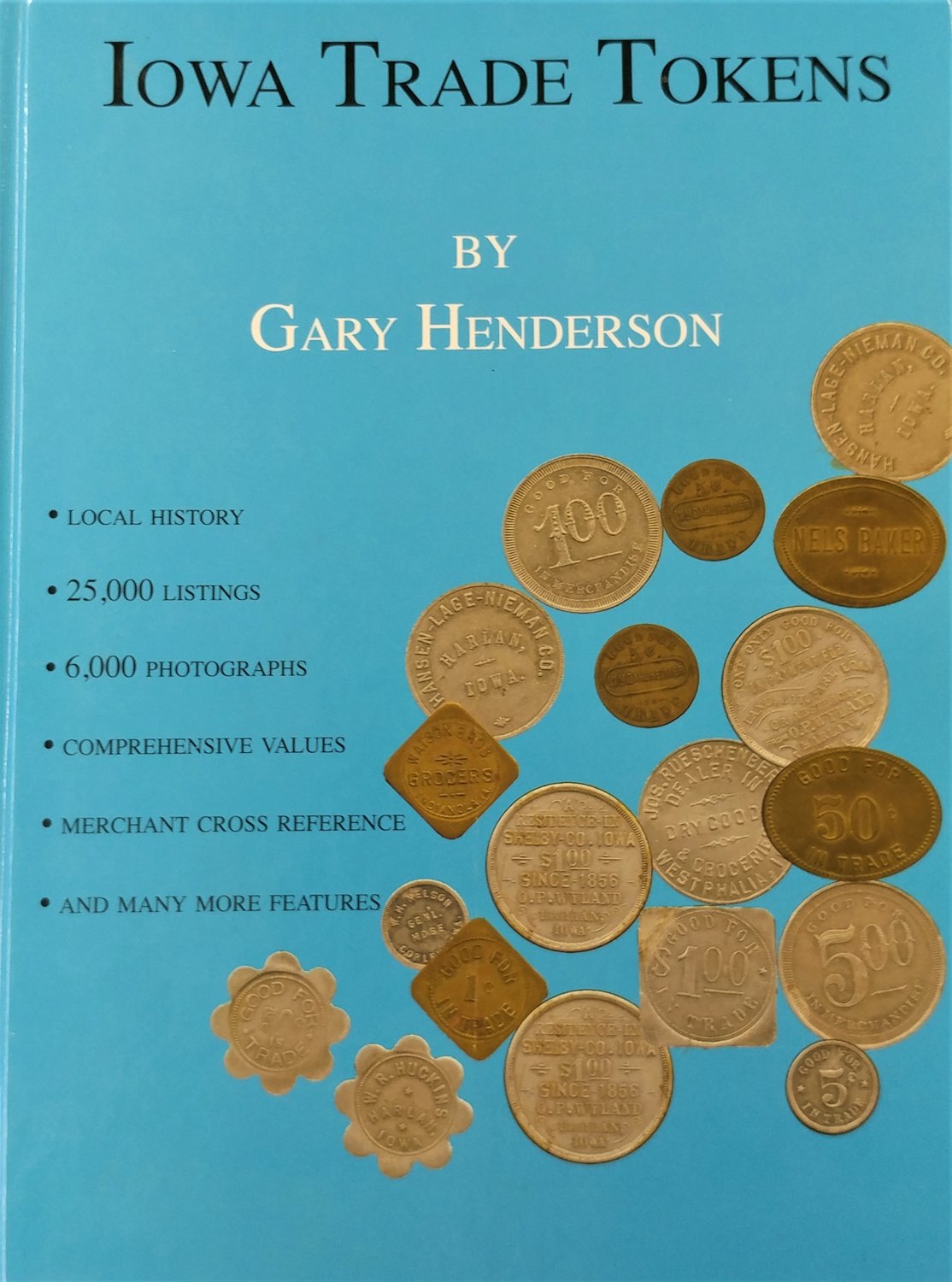 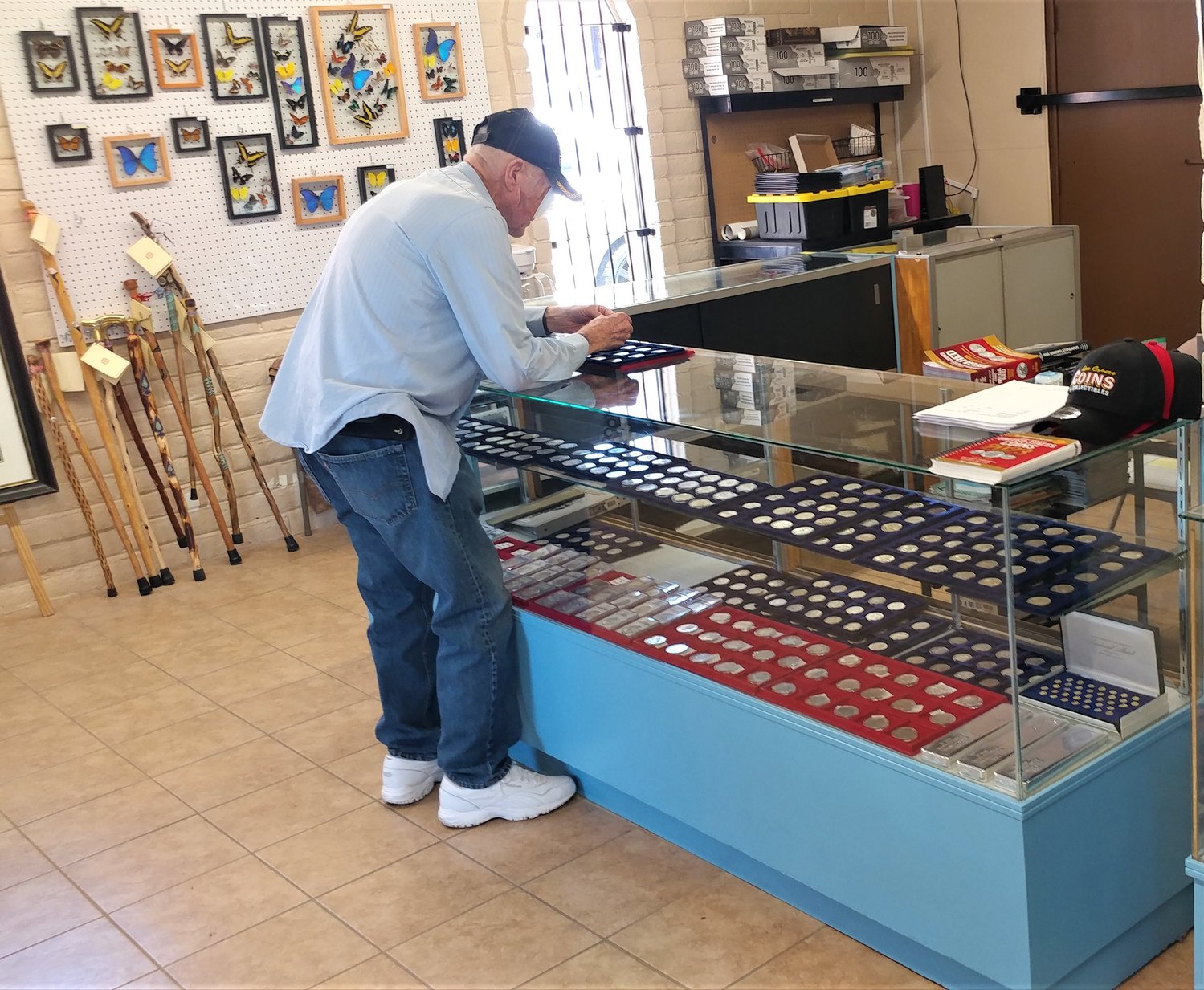 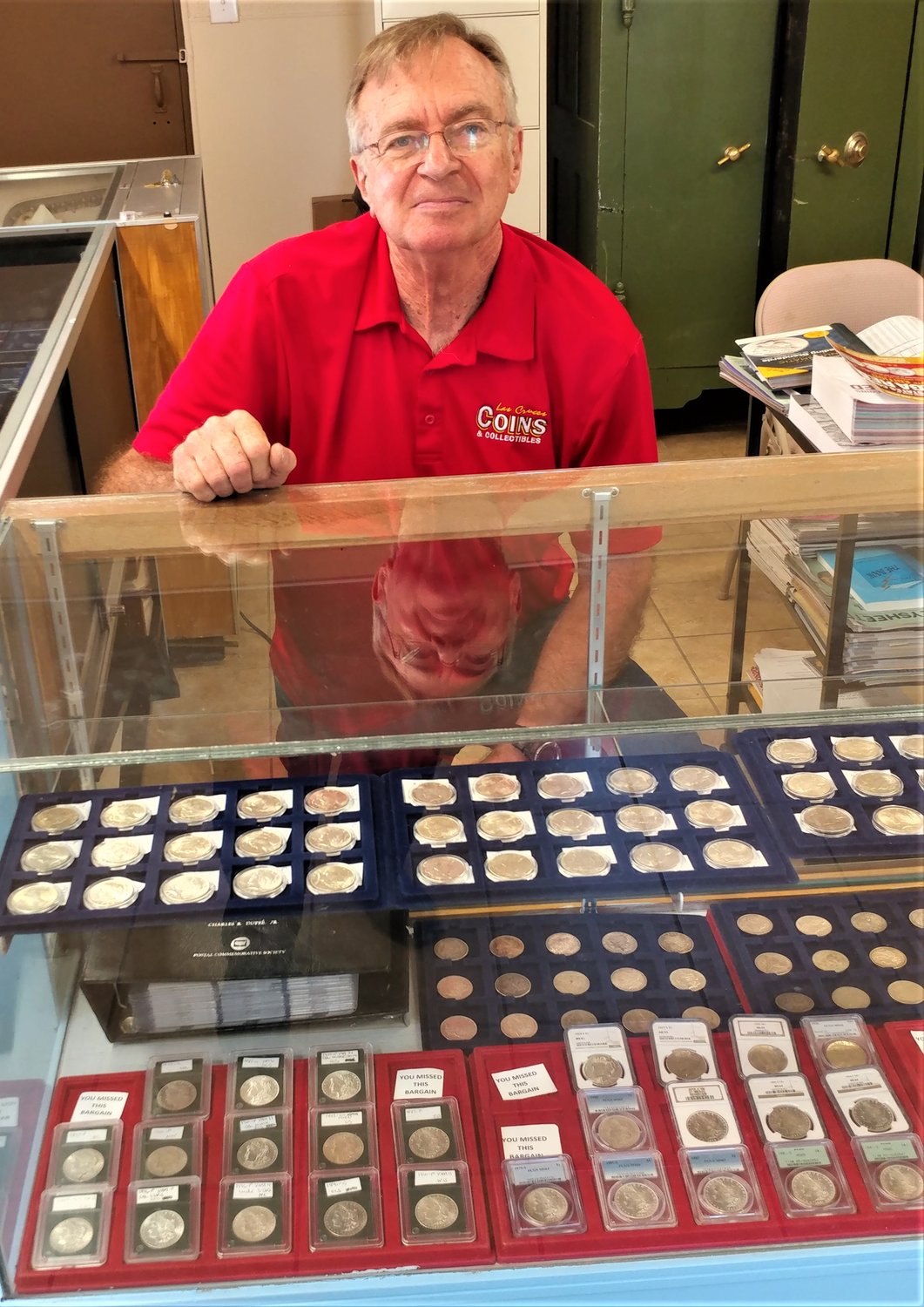 Las Cruces Coins and Collectibles co-owner Gary Henderson with some of what the store has available to collectors and investors.
Bulletin photos by Mike Cook 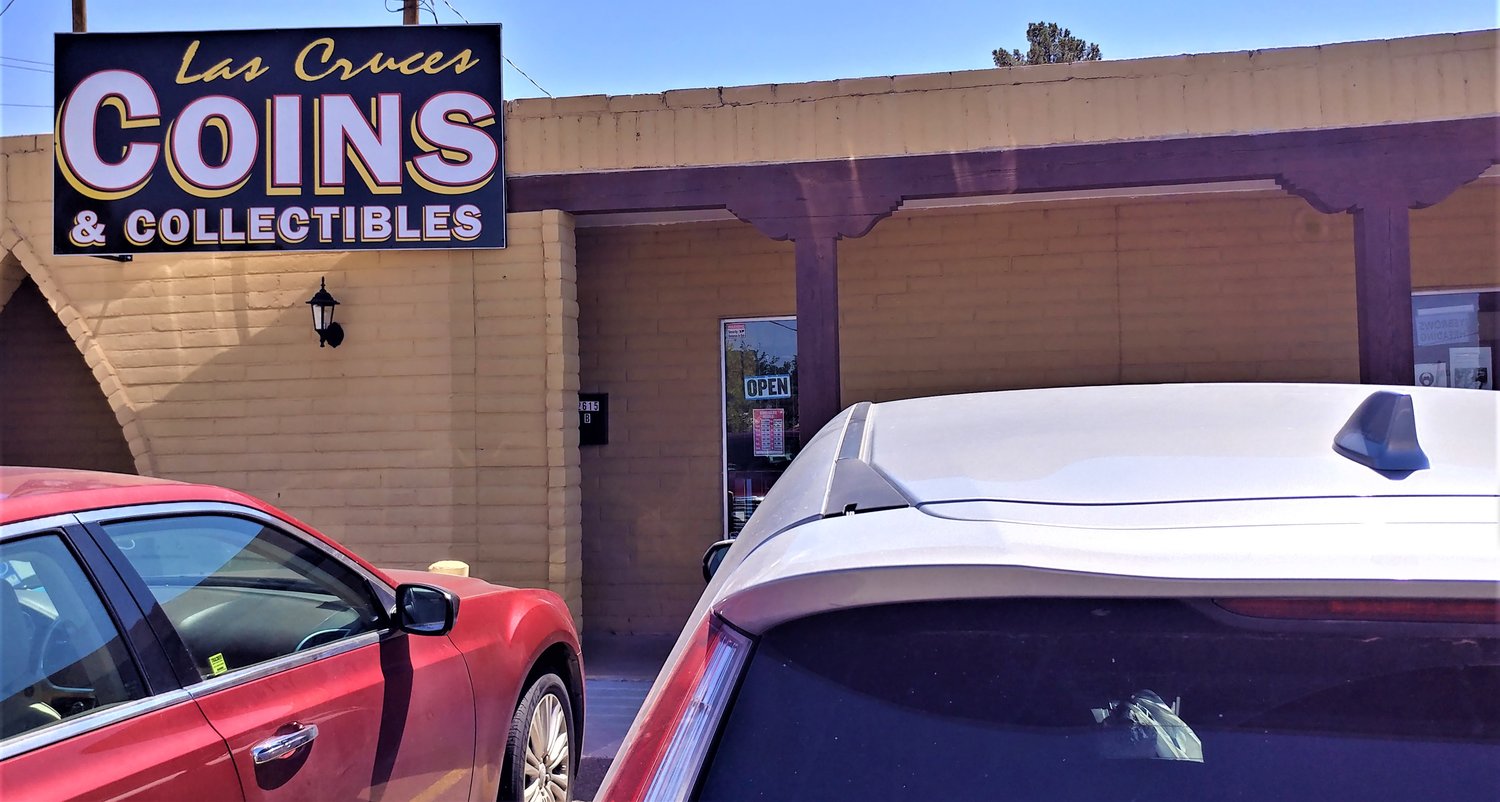 Editor’s note: The prices quoted for coins in this story reflect precious metals markets for mid-May 2022 and are subject to change.

Buying silver and gold coins is not only a fun hobby, it’s a great investment.

They opened Coins & Collectibles at 2615 Missouri Ave. last July and have been buying and selling gold, silver and platinum coins and bars and appraising coins and coin collections for nearly a year.

The store also sells walking sticks handmade by Joe McClarin, framed butterflies, original artwork by Laurie Smith and coin-collecting supplies. Be sure to check out the two giant quartz crystals, which are both for sale. They come from the Ron Coleman mine in Jessieville, Arkansas.

“We enjoy having kids come into the store,” Henderson said, as he and Santana help “start a new generation in the hobby” of coin collecting.

It was pennies that got Henderson interested in coin collecting as a child living in Iowa. Henderson and his father would travel to Omaha, Nebraska, where they would buy $10 worth of pennies from a bank and then sort through them at their kitchen table for any collectibles. Henderson still has some of those pennies.

Henderson is also an avid collector of trade tokens. He has them from more than 40 states and even wrote a book “Iowa Trade Tokens,” about the hobby.

They are an especially good investment now, he said, because “a lot of people are afraid our dollar is going to lose a whole lot of its value.”

Henderson said he and Santana received a lot of help and support from SCORE of Las Cruces in opening their business. SCORE provides volunteer mentors to help businesses thrive.

Krebs and SCORE “gave us a lot of help in getting started,” Henderson said.