City of Las Cruces to commemorate 20th Anniversary of 9/11 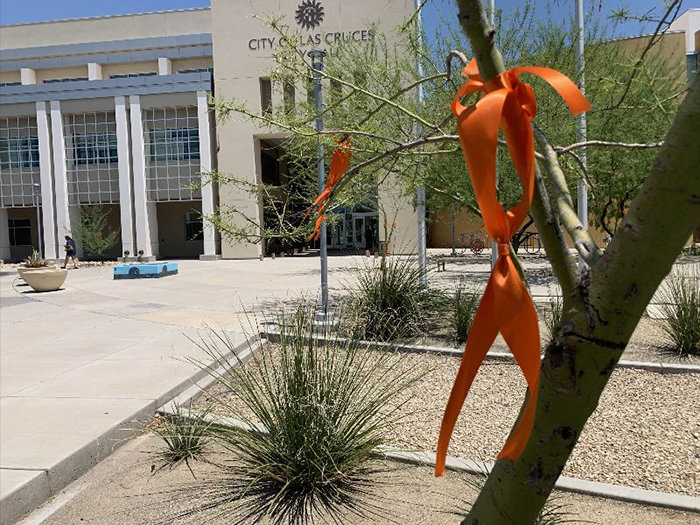 The City of Las Cruces will conduct several events to commemorate the 20th anniversary of 9/11, the Sept. 11, 2001 terrorists attacks at the World Trade Center, in New York City; Flight 93 in Pennsylvania; and the Pentagon, in Washington, D.C.

At Las Cruces City Hall, 700 N. Main St., the exterior columns on the West side of the building will be decorated in red, white, and blue lights. The columns will be illuminated in those colors nightly beginning Friday night, September 10 through Sunday night, September 12.

Additionally, from 9 a.m. to 10:30 a.m. Friday, September 10, a reception hosted by the General Federation of Women’s Clubs, also known as the Progress Club, will be conducted on the second floor at City Hall, 700 N. Main St.

The Las Cruces Fire Department (LCFD) will conduct two public events commemorating 9/11. A static display, with LCFD’s aerial ladder truck flying the garrison flag, will be on display from 8:30 a.m. to 9 p.m. Saturday, September 11. From 8:30 a.m. to 11 a.m. Saturday the LCFD Honor Guard will post colors and conduct a Bell Ringing Ceremony. Both events will be at LCFD Fire Station 1, 201 E. Picacho Ave.

At 9 a.m. Saturday, LCFD firefighters will conduct a memorial stair climb at Electric Caregiver Tower, 506 S. Main St. Because of COVID-19 Safety Guidelines, that event will be closed to the public.