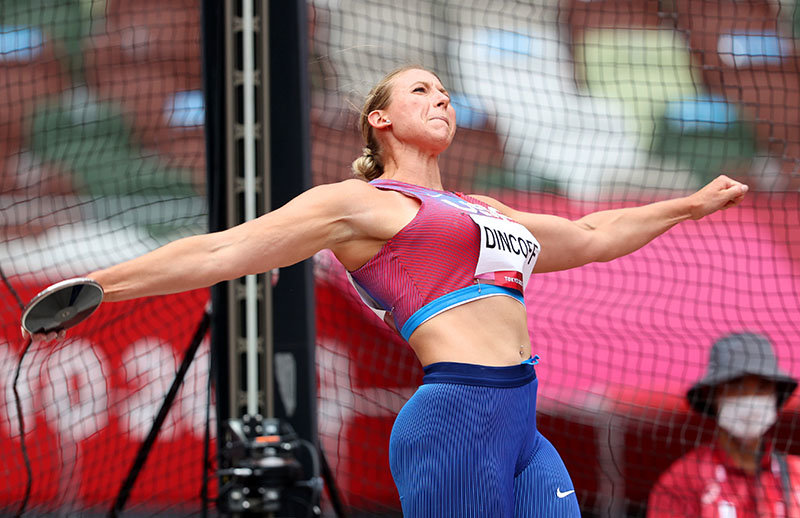 Even though she didn't make it to the finals of the women's discus event, NM State volunteer assistant women's track & field coach still realized a lifelong dream Saturday morning.

The Aggies' volunteer assistant coach put forth a toss of 55.10 meters in her first of three throws of the round. After faulting on her second throw, Dincoff registered a hurl of 56.22 meters to finish 12th out of the 15 athletes in the group A qualification pool.

In all, Dincoff finished 27th out of the 31 competitor in the two qualification rounds. Dincoff's team USA compatriot Valarie Allman made the cut for the women's discus finals with a throw of 66.42 - the longest toss any athlete in the qualification rounds conjured up.

Dincoff is one of three current or former NM State student-athletes and coaches who are competing in the 2020 Tokyo Olympics. Incoming freshman swimmer Lina Khiyara competed in the quarterfinals of the women's 200-meter freestyle for Morocco earlier in the week.

NM State has one more alumnae who is set to compete in the games of the 2020 Tokyo Olympics. That individual is women's golfer Alena Sharp who begins her four-round individual stroke play session on Tuesday, August 3, 2021 at 4:30 p.m. MT.