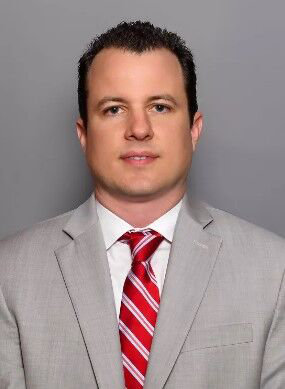 Eastern New Mexico University announced today that Dr. Paul Weir has been appointed as director of athletics. Weir, who most recently served as the head men's basketball coach at the University of New Mexico (UNM), will officially start on July 19, 2021.

"This great state of New Mexico has given me a personal and professional life one can only dream of. For the past 14 years, I have had the pleasure of serving at two incredible state institutions and I am humbled by being provided the opportunity at a third," Weir said. "To be able to segue into a key leadership position at the third-largest four-year university in New Mexico could not have come at a more perfect time and place in my life."

With nearly 20 years of NCAA men's basketball coaching experience, Weir possesses the proven ability to lead through his success as the first head coach in history to coach at both New Mexico State University (NMSU) and UNM. In addition to his coaching background, Weir comes to ENMU with a substantial academic career as he holds a Ph.D. in Educational Leadership Administration and a master's in business administration both from NMSU, as well as master's degrees from Northwestern State University and the University of Iowa. He is currently an adjunct faculty member for UNM's Anderson School of Management.

An introductory press conference will be held on Wednesday, July 21 at 2 p.m. in the Ballroom of the Campus Union (CUB) at ENMU-Portales.