Heartbreak in El Paso as Aggies fall in five 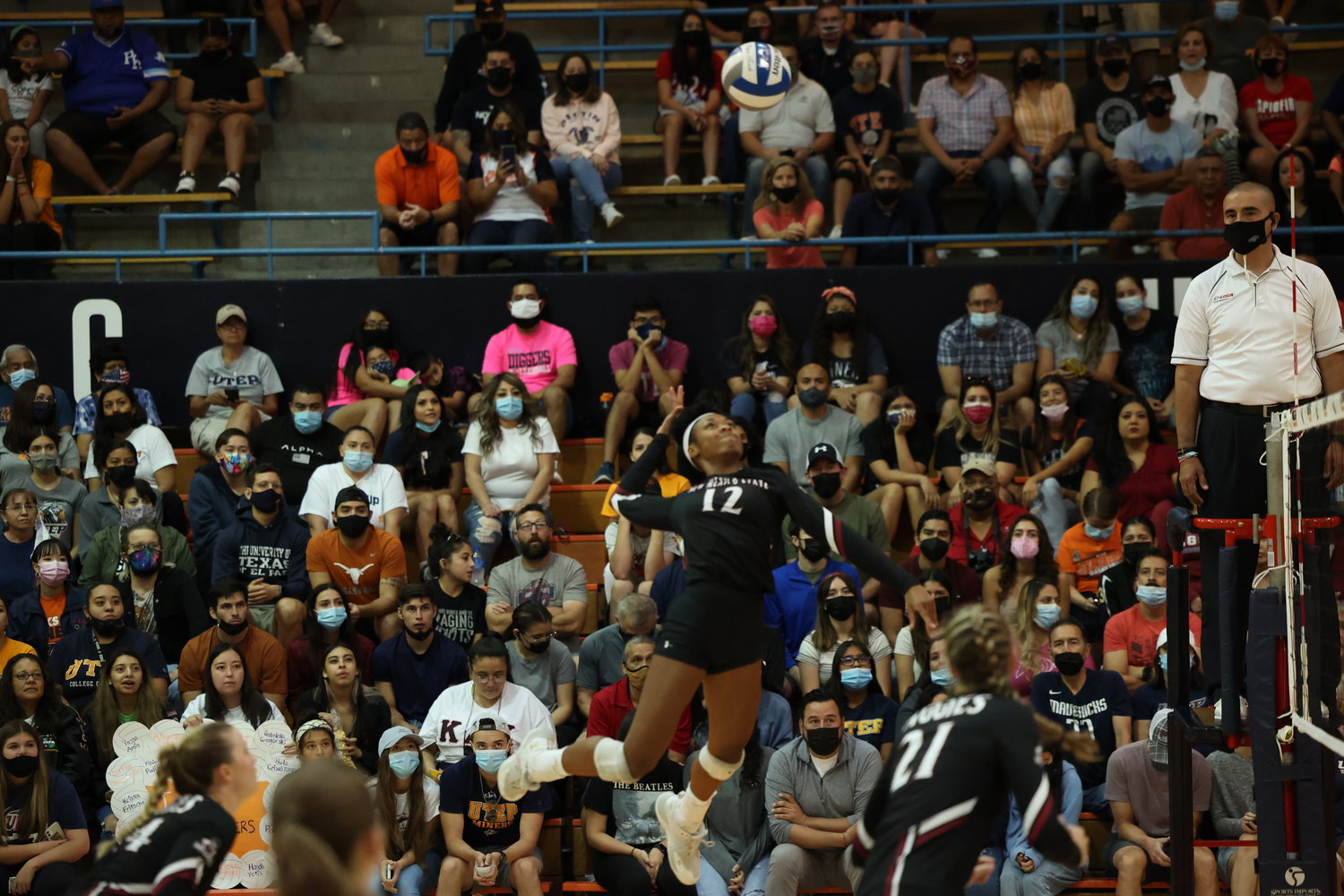 “I think we showed real grit today, we were short-handed and had to go small on the pins and put Shaney [Lipscomb] in the middle, which we haven’t practiced,” said head coach Mike Jordan. “I felt we played well in stretches and were competitive and I’m proud of that. I thinl that this kind of environment, and competitive games like this one are where your team grows up and learns and we will be better for it.”

The match went back-and-forth all day as the two rivals played two of five sets to extra points and none of the five sets were decided by more than five points including a marathon second set that ended up in favor of UTEP 32-30.

“Congrats to UTEP, they played well enough to win,” said Jordan. “It sucks losing a rivalry game but if it’s once every 10 years, like it has been, I can live with it. We’re going to be better for it.

NM State now looks to bounce back at the Colonel Classic in Richmond, Ky., where it will take on Eastern Kentucky, Western Carolina and Western Illinois from Sept. 10-11.