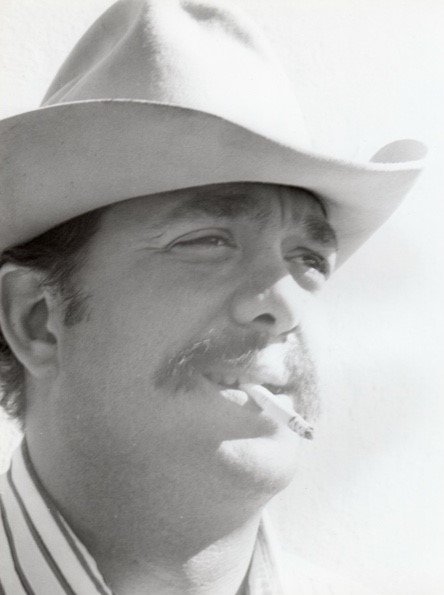 Well, it had to happen.

That wonderful young man, who waited impatiently at the Chicago railroad station with fishing rod, shotgun and rifle for the train that would take him to the University of Nevada to begin his studies in wildlife and fisheries has left us. And what Howard Oliver Ness left behind in terms of personal and professional accomplishments is monumental. While he died peacefully at home the morning of Sept. 26, many of the dynamic achievements he obtained remain.

Born to Leota Jane Ness and Oliver Sanford Ness on March 14, 1939 in Reno, Nevada, Howard never stopped. He inherited the insatiable curiosity and intelligence of his parents and was deeply proud of both his Western and Norwegian heritage.

He was a man who experienced his dream and more. Those original recreational tools and his passion for the outdoors and all it entailed -- history, geography, archeology, wildlife and more -- led him to a career of innovation and service. He was a fishery biologist on the shores of Lake Tahoe, Nevada, and a professional diver and even sold fish before his return to school at New Mexico State University where he earned a master’s degree in agricultural economics. But economics didn’t take him away from his passion, it only added to it. He was one of the first resource economists in the United States when he landed on the shores of Alaska as the daring Limited Entry Plan for fisheries was being introduced and then implemented. He worked with those independent crab fishermen, who learned to respect his integrity and professionalism. But his contributions as a resource economist didn’t end there.

The tuna fishery fleet in California strongly supported him as a candidate for the position of fishery attaché for Mexico and South America. With an eye for protecting our fishermen and promoting international cooperation, he forged strong relations with those in Mexico and the United States. Those international relationship building skills did not escape the notice of the National Park Service, which was looking into opening a Division of US/Mexico Affairs, since so much NPS land bordered Mexico. So following his State Department Service, Howard returned to Las Cruces and built, from scratch, that international office with the support of New Mexico State University. Both Sens. Bingaman and Domenici were behind the project, as was Rep. Skeen. Howard worked closely with Mexico in developing several national parks in Mexico. Biologists from both countries were often brought together in the realization that wildlife really didn’t care about boundaries. A series of seminars on getting to know Mexico, helped to build respect and cooperation between our countries.

But beyond all of this, he was a storyteller with an incredible and durable sense of humor. He entertained us all with stories drawn from his own experiences. One particular story relives a diving experience in Florida. He and his diving partner were collecting lobster when Howard heard an unusual sound, sort of gurgly. He turned and there was their boat joining them on the sea floor. His partner had inadvertently pulled the plug. And then there was the time…….so many stories. Told. Retold and told again. Often over a campfire at deer camp. He was an avid hunter, who respected the game he sought. He relished in the beauty of it all. His respect for the game he harvested was reflected in the game dinner he hosted for years with friends and family. He was an amazing shot, even more so if you knew he only had the sight of one eye. In those lean years so many of us have, he kept food on the table with a singular box of shells. He was best friends with one of New Mexico’s leading naturalists and hunter, Alton Ford, who often referred to Howard as his fourth son, as they explored the richness of the Redrock, New Mexico area together. Howard was tall and Alton wasn’t – quite a pair they made.

He had a gift for poetry and music and often wrote his own songs. Following his introduction to the violin, he taught himself how to play the guitar and piano. His tenor voice was often a surprise coming from that 6-5 frame of his. He was delighted that several of his five grandchildren were showing promise, if not in talent at least in appreciation.

He was a passionate man. A man of high morals and integrity and of kindness. In so many ways he was a visionary.

We just received a call from Mexico, from an apprentice of sorts from his days in the State Department. She’s now involved in the reintroduction of wolves in the Sierra Madre. Her tribute was from the heart, “Everything I do now, is what I learned from him.”

He never forgot who he was and what it was all about, with the many achievements he had, he always felt that it was family.

His sons, Erik and Jon and in time their children were at the core of his universe. For Erik, it is Garrett and Bennett and for Jon, Eleanor, Caroline and Charlotte. And then there the women in his life. He and his wife, Virginia, were married for 52 years. “He was the most interesting man I’ve ever met,” she still says. And there are the wives, Toni for Erik and Cate for Jon – really more like daughters.

His was a life of richness, friendship, loyalty and passion. He knew and savored the value of family and friends. Still though we wish we had him longer, he lives on in the lives of his sons, of whom he was extremely proud and his grandchildren.

Love of the land, our history and archeology continues. He instilled that.

There will be no formal funeral services. He has asked to be cremated and maybe to have a small gathering of friends at his historical home. He was one of those few souls who was friends to the gardener, workman, farmer, banker, rancher, preacher, ambassadors and senator. He looked for decency and goodness and we ask you to remember him for that.