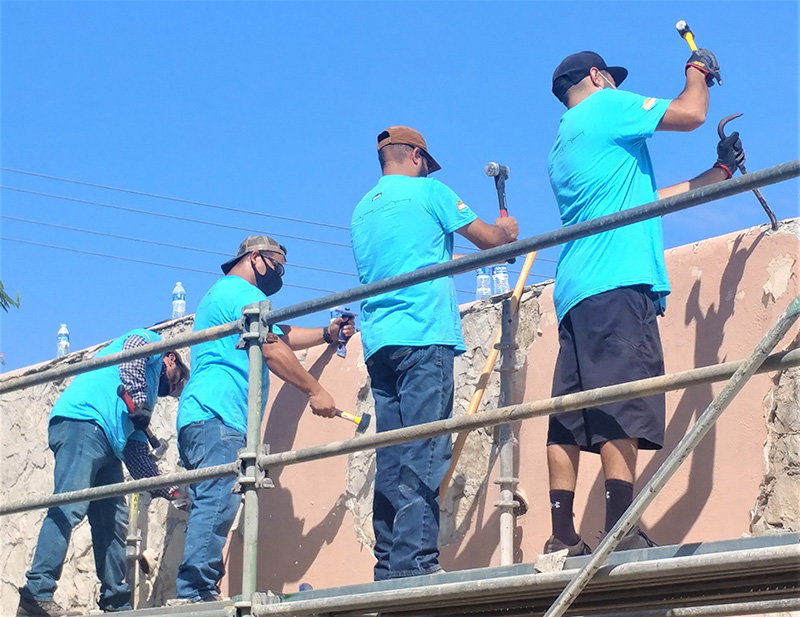 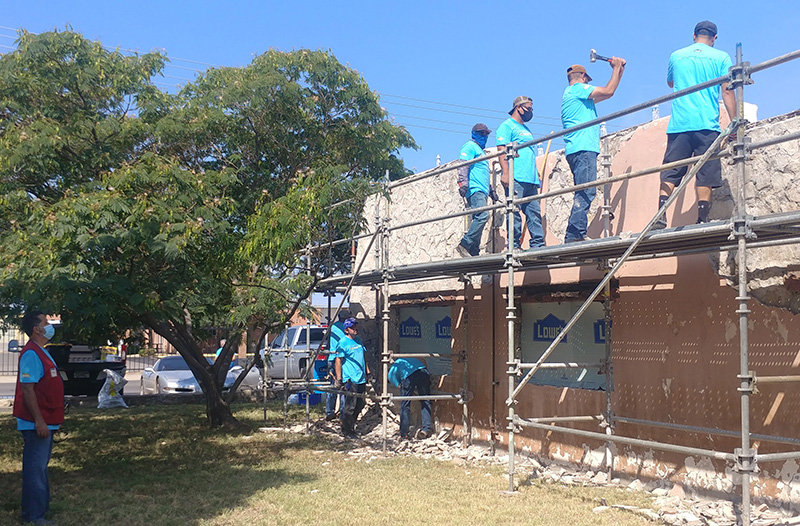 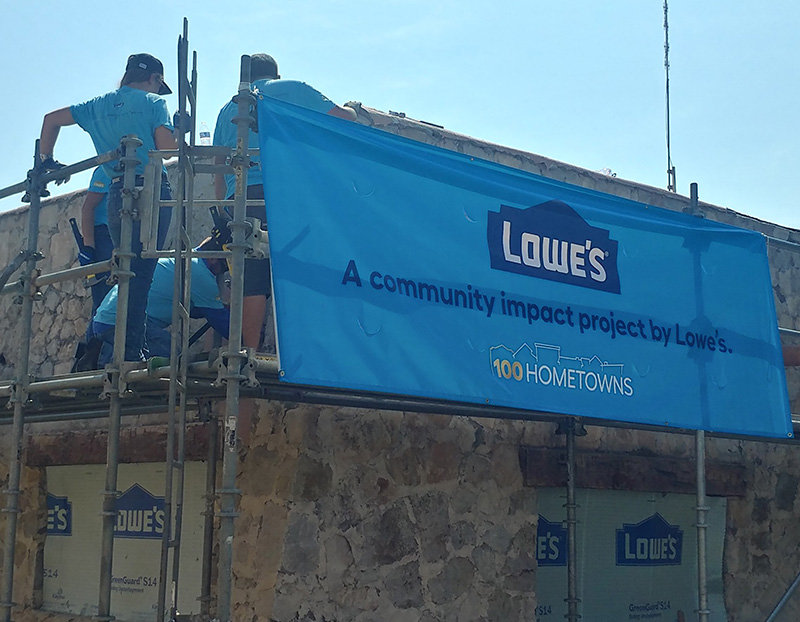 Most of the work was done from volunteers from Lowe’s Home Improvement stores in Las Cruces, El Paso and Alamogordo. Lowe’s Corp. also gave HSR a monetary grant to help pay for the removal and the application of a new exterior coating.

“The productivity of Las Cruces Lowe’s store captain Kevin Quinn and his team of 30 Lowe's store volunteers was truly amazing to witness,” said HSR Executive Director Deborah M. Dennis. “They were a whirlwind of activity removing all the exterior concrete stucco in a single day. While the scheduled finish time was 4 p.m., the team actually wrapped up at 1. The concrete stucco was not only removed, but the property was left spotless with all the removed stucco in two 30 cubic-yard roll-offs (Dumpsters) waiting for the City (of Las Cruces) Solid Waste Department to haul them off. This special team of Lowe's volunteers and what they accomplished during Lowe's Red Vest Impact Tuesday is now forever part of the many inspirational stories that have emerged from this historic building,” Dennis said.

The HSR building, 535 S. Melendres St., “is the last of the historic Civilian Conservation Corps (CCC) camp schoolhouses still standing in New Mexico,” Dennis said. Built in 1938, the building is listed on the National Register of Historic Places.

The cement stucco that was removed was not original to the building, Dennis said. “Lime plaster and lime wash had been the original cover. Sometime in the 1960s, concrete stucco became a fashionable building material.”

The renovation comes just in time for HSR’s 50th anniversary, which it will celebrate in February 2022. HSR is the oldest nonprofit in New Mexico doing anthropological and archaeological research and preservation work.

HSR was one of 100 Lowe’s grant recipients in 37 states selected from about 2,200 applications received from across the country, Dennis said. It was one of two New Mexico projects selected and the only one in southern New Mexico.