Mesilla Valley Christian falls to Elida in 1A semifinals 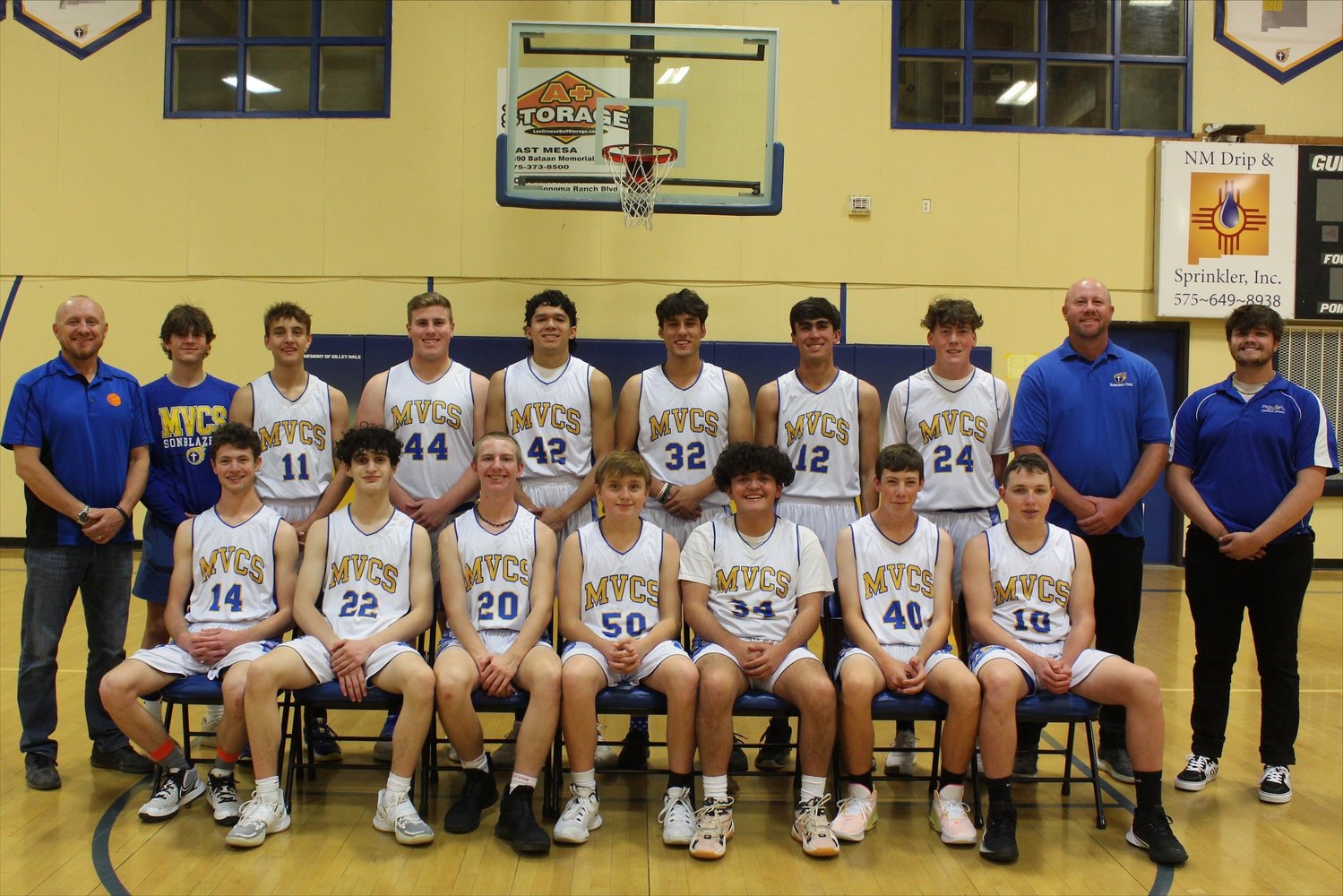 The Mesilla Valley Christian boys basketball team made it to the final four of the state 1A playoffs this year.
Courtesy photo
Posted Friday, March 11, 2022 5:33 pm
By Dave Burge

A successful season for the Mesilla Valley Christian boys basketball team came up just short of its ultimate goal.

The SonBlazers lost 86-69 loss to Elida in the semifinals of the state 1A playoffs Friday, March 11, at Bernalillo High.

The SonBlazers, seeded No. 3, finished with a 22-2 overall record. Both losses came to Elida.

The SonBlazers led throughout the first half and the game was pretty even through three quarters, MVC coach Doug Coyle said.

The big difference was the SonBlazers got into foul trouble, combating Elida’s pressing defense.

“We had a great year and the first three quarters of (the Elida) game was fun,” Coyle said. “It was really the fourth quarter. They put a lot of pressure on and we lost our senior guard (Carlo Velarde), who helped break the press and fouled out.”

Two other starters got into foul trouble as well, Coyle said.

Overall, it was a great year for the SonBlazers, Coyle said. They won the district championship, lost to only one team and made it all the way to the state final four.

“Most high-school kids can’t say they played in the final four at state and we did,” Coyle said.