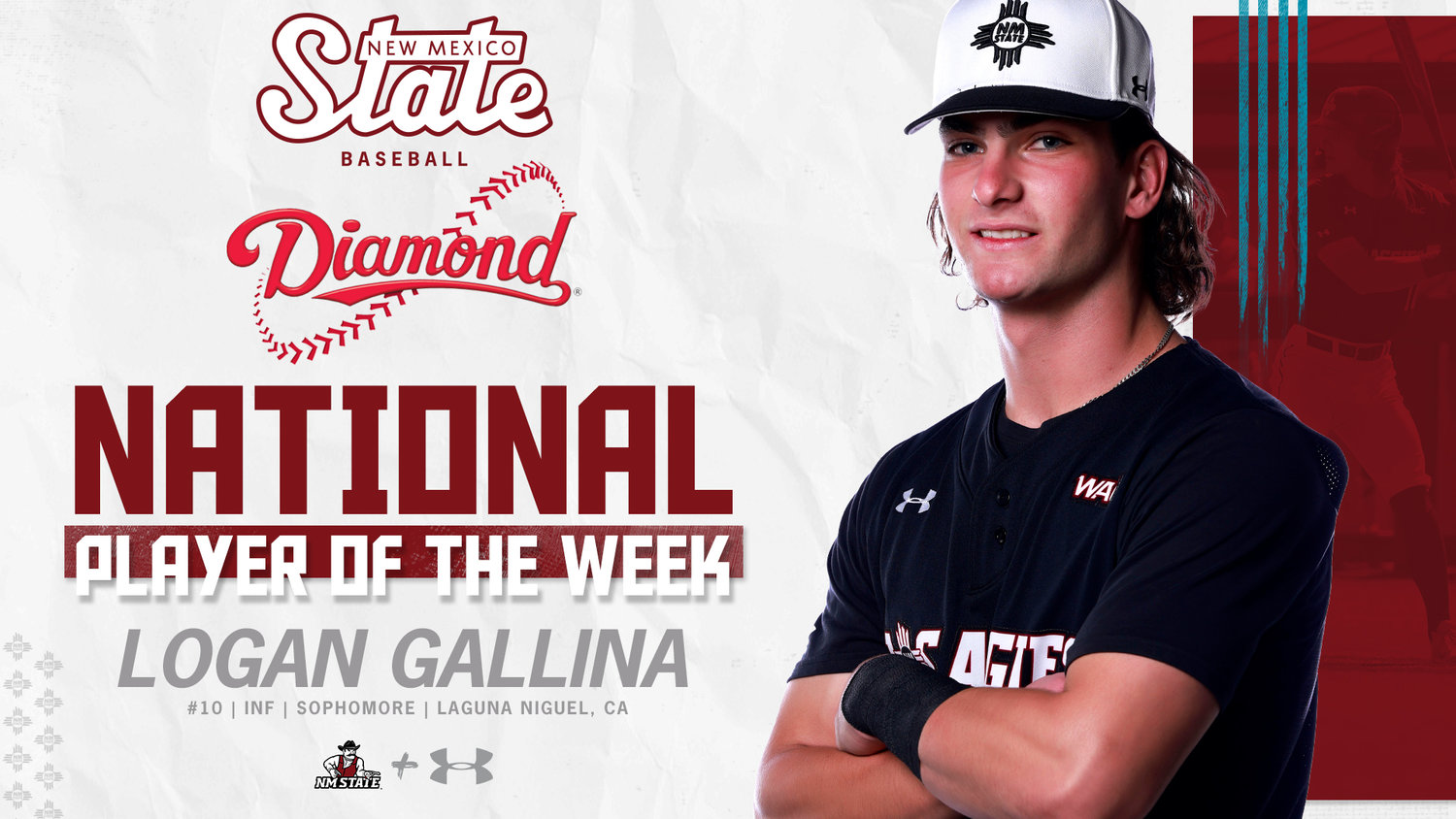 PHOENIX – For the second time this year, Logan Gallina has earned National Player of the Week honors.

On Monday morning, Collegiate Baseball named Gallina as one of the nation's best for the second time this season. Previously accomplishing the feat on March 7, Gallina added to his trophy case once again after an incredible week.

Gallina's second selection to the National Player of the Week list marked the fifth national honor for an Aggie this season. Gallina, alongside Gunner Antillon and Sammy Natera (twice) have all been noticed among the top players in Division I baseball.

On Tuesday's night, Gallina launched a pair of home runs including a two-run shot and a three-run bomb to drive in five runs.

In each of NM State's four games throughout the week, the Laguna Niguel, California native recorded at least two hits. On Saturday, Gallina recorded three hits, including his third home run of the week and drove in four runs.

Once again, Gallina homered for the fourth time on Sunday afternoon in NM State's 20-run offensive outburst in the Pacific Northwest.

Winners of three of their last four, Gallina and the Aggies will host Arizona on Tuesday night at Presley Askew Field. With the Wildcats ranked twelfth nationally on April 12, the Aggies fell by just two runs late in the contest in Tucson.