Praise for a construction project? A parallel universe? 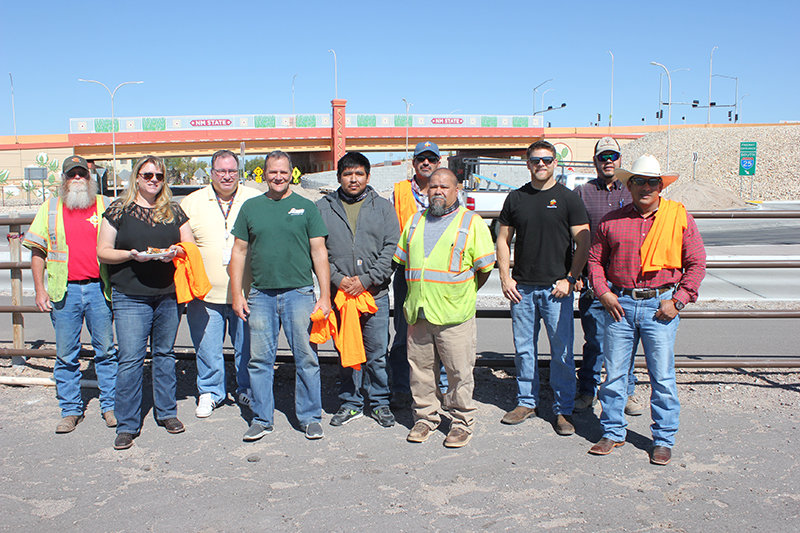 A few years ago, I wrote in the space – more than once – about the horrors of the Valley Drive construction project, which dragged on forever, and cost more than a couple of people their businesses.

The state did the phases out of order, essentially trapping a mile-long stretch of the road, and creating troublesome traffic jams. One of the end results is a confusing southbound lane at the stoplight on Avenida de Mesilla that makes drivers feel like they’re heading into the opposite left-turn lane.

Perhaps stinging from the loud, unanimous criticism from that job and its delays and problems, the New Mexico Department of Transportation worked diligently to ensure another huge project would be better received and more amenable to drivers and adjacent businesses.

A little less than two years after its groundbreaking, the massive Interstate 25/University Avenue/Triviz Drive interchange project is complete.

“When I first heard what was happening, I was scared to death,” said Vince Vaccaro, owner of Lorenzo’s Italian Restaurant, whose 1753 E. University Ave. address in the Pan Am Plaza would be right in the thick of the construction chaos. Vaccaro even had Day-Glo orange T-shirts printed, with the restaurant’s logo, barrels, blockades and the phrase “Road Construction Ahead.”

But he barely had to use them.

Friday, Oct. 22, Vaccaro hosted a group of construction workers, planners, NMDOT staff and other key players for a pizza party and thank-you celebration at the site of the south Triviz roundabout on the New Mexico State University campus.

“It’s one of the best construction projects I’ve ever seen,” Vaccaro said. “I was really impressed, the way they worked after hours and on the weekends and made a real effort to get it done properly.”

The world was a different place on Jan. 1, 2020, the day ground was broken for the project.

Thursday, March 5, 2020, the NMSU men’s basketball team rolled to an 83-50 victory over California Baptist in the Pan American Center. The Aggies’ Senior Night was magical. It was NMSU’s 19th straight victory, tied with Dayton for the best streak in the nation. It completed a perfect 16-0 season in Western Athletic Conference play, and 25-6 record overall. The effervescent Trevelin Queen had some monster dunks and led all scorers with 19 points. Every Aggie got into the game and the Pan Am crowd was pumped.

No one gave much thought about road construction, and we were just barely hearing about this “virus” hitting certain parts of the globe. A week later, however, the WAC tournament was canceled due to Covid-19 concerns and, well, you know the rest of the story.

Initially, the construction project was one of the few benefactors of the pandemic.
“The reduced traffic, no school in session, no events, helped us a great deal,” Evans said. “But it was a double-edged sword.”

Later in the pandemic, she said, production interruptions, supply-chain breakdowns and the lack of available employees slowed the project significantly.

“One of our requirements was that we not impede traffic for any real length of time,” Evans said. “We tried hard to keep two lanes of traffic open on University at all times.”

The Oct. 22 celebration was a token of appreciation for that work.

“The pizza and this recognition is a thank you to everyone, speaking on behalf of all the businesses on University,” Vaccaro said.

In addition to using a local construction firm, NMDOT also commissioned Las Cruces artist Collette Marie to create the art images of chiles, cotton and other designs on the bridges and concrete.

The finishing touches will be added by NMSU, including a monument in the bigger roundabout, and decorative gateway pillars.

Evans said there will be a public ribbon cutting 10:30 a.m. Wednesday, Dec. 1, under the bridge, and televised on the Las Cruces Channel.