Retired teacher Cort picked to fill vacancy on LCPS board 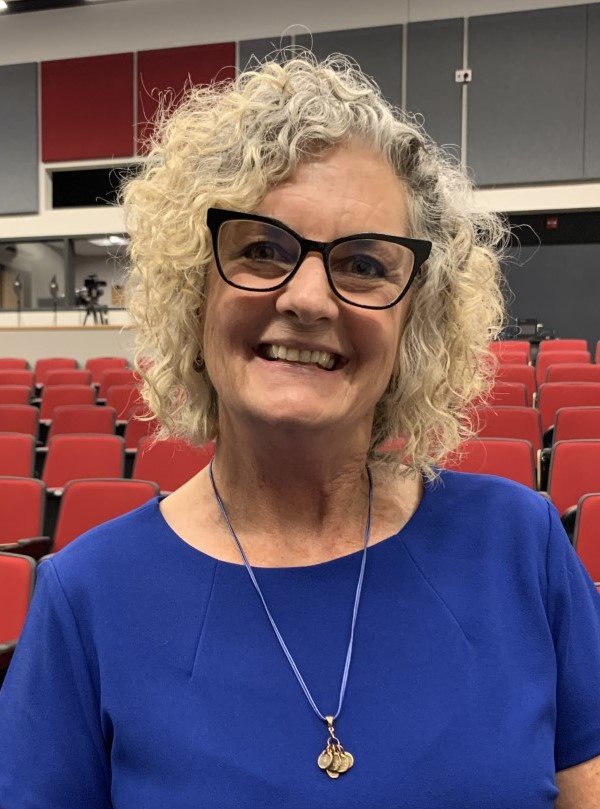 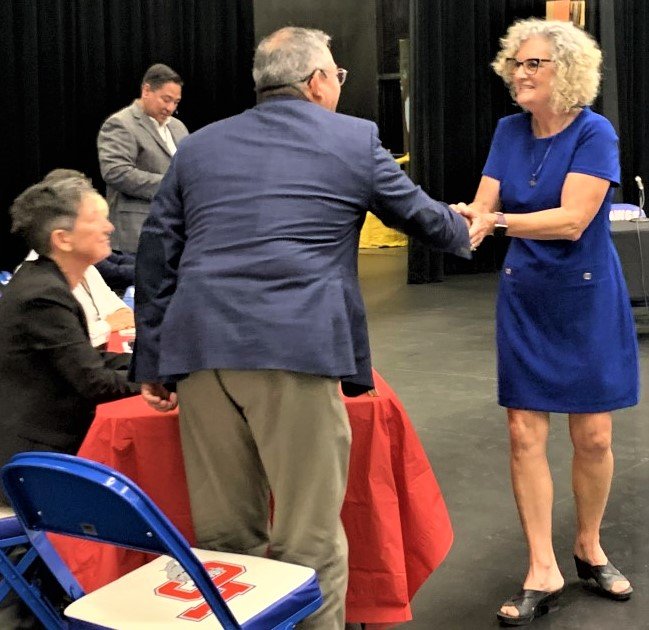 Pamela Cort receives a congratulatory handshake from LCPS Superintendent Ralph Ramos after being appointed to fill the District 2 seat on the LCPS Board of Education.
Photos by Samantha Lewis, Las Cruces Public Schools
Previous Next
Posted Thursday, July 15, 2021 12:03 am
Bulletin report

Cort was one of five candidates who qualified during the selection process, held July 6 at Las Cruces High School, LCPS said in a news release. The others participating in individual interviews conducted by board members were Charlene Bencomo, Carissa Brealey, Scott Ochs and Henry Young.

Candidates were given an opportunity to give an opening statement, followed by questions from each board member and a question submitted by students, LCPS said. At the end of the interview, candidates had an opportunity to give a closing statement. Questions ranged from thoughts and opinions on equity in education to what ideas candidates had for improving engagement and communication among students, parents and teachers.

The final selection process, voted on by the board just prior to the first interview, was to conduct a ranked-choice vote of the candidates. Board members assigned scores to each candidate from one to five, with one being the best score. The ranking was tallied and the candidate with the lowest combined score could be nominated, which required a motion and second. Although Bencomo received first-place votes by two members, Cort received the overall lowest score, or first place in a ranked choice.

Cort’s career as an educator spans a total of 31 years, 26 of which were spent with LCPS, the school district said. She was the New Mexico teacher of the year in 2013. Since her retirement in 2019, Cort has stayed involved with state teacher organizations to create professional development opportunities for educators, LCPS said. The next step, according to Cort, was to serve her community as a member of the LCPS Board of Education.

During her interview, Cort spoke extensively on her experience as a high school French teacher, promoting cultural and linguistic diversity in the classroom. She also spoke about the need to create an open-door policy to make parents feel comfortable and welcome on school campuses.

“The welcome centers at our high schools are a great resource, but they aren’t widely advertised,” said Cort, who taught at Las Cruces High School.

Cort will finish the four-year term of Terrie Dallman, who resigned from the board last month. The term ends Dec. 31. Board seats in districts 1, 2 and 3 are up for election in November.

Cort was sworn in July 7.