School superintendent to Greater Chamber: ‘The time is now. We’re all in this together.’ 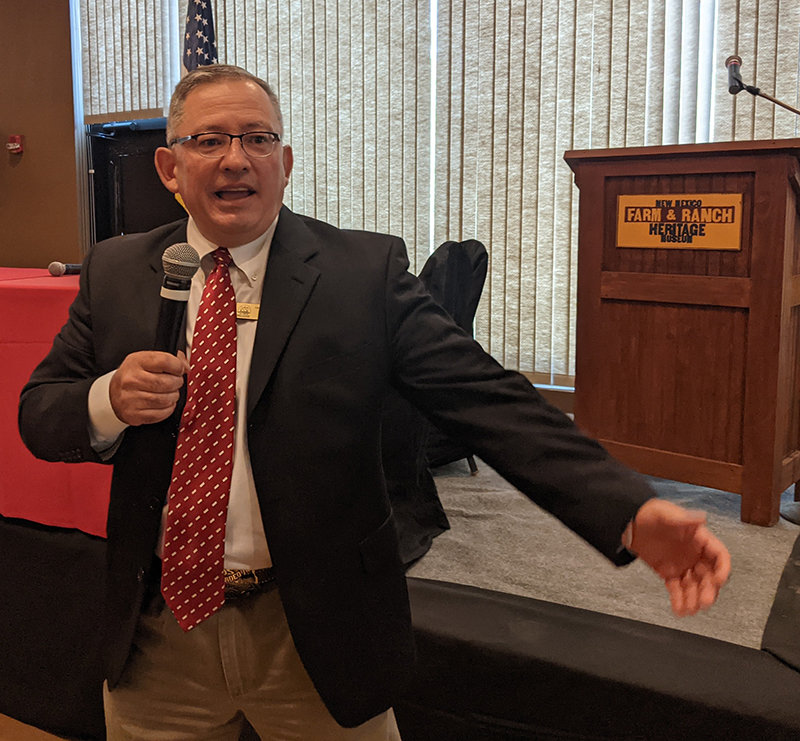 An animated Las Cruces Public Schools Superintendent Ralph Ramos got up and walked among the attendees at the Greater Las Cruces Chamber of Commerce luncheon on June 25 at the New Mexico Farm and Ranch Heritage Museum.
Bulletin photos by Dave Burge 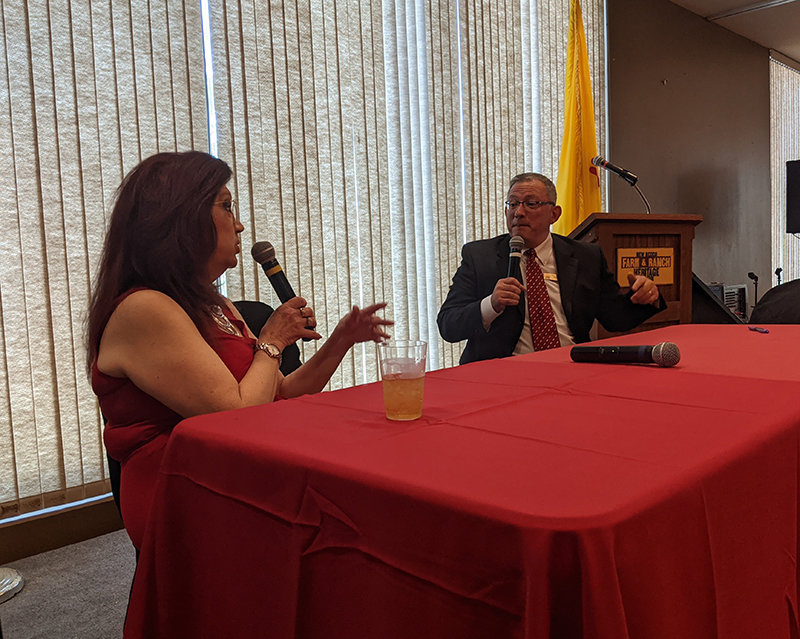 Ramos delivered that message during the Greater Las Cruces Chamber of Commerce’s education update lunch, the chamber’s first in-person gathering since the onset of the pandemic, June 25 at the New Mexico Farm and Ranch Heritage Museum.

“I really appreciate what Superintendent Karen Trujillo left for me,” Ramos said. His goal as her successor is “to do what is right for kids every day,” Ramos said.

A major concern, he said, is that 14 percent of high school seniors in Doña Ana County don’t graduate.

“We’ve got to get kids to graduate,” Ramos said, and help them continue on into higher education, the military or the workforce.

Ramos said LCPS has also been concerned with keeping track of all of its approximately 24,000 students during the pandemic. The school district discovered that it couldn’t account for a total of 80 students, but was able to find 62 of those, with all of them returning to LCPS classrooms, he said. School district officials are tracking down the other 18 students, Ramos said.

“To me, the time is now. We’ve got to come together,” Ramos said. “Let’s embrace each other (and) become true partners. We’re all in this together.”

Before becoming superintendent, Ramos served 13 years as principal of Camino Real Middle School. He began his career with LCPS in 1992 as an eighth-grade science teacher at Picacho Middle School.

Ramos has a two-year contract as LCPS superintendent at an annual salary of $180,000.