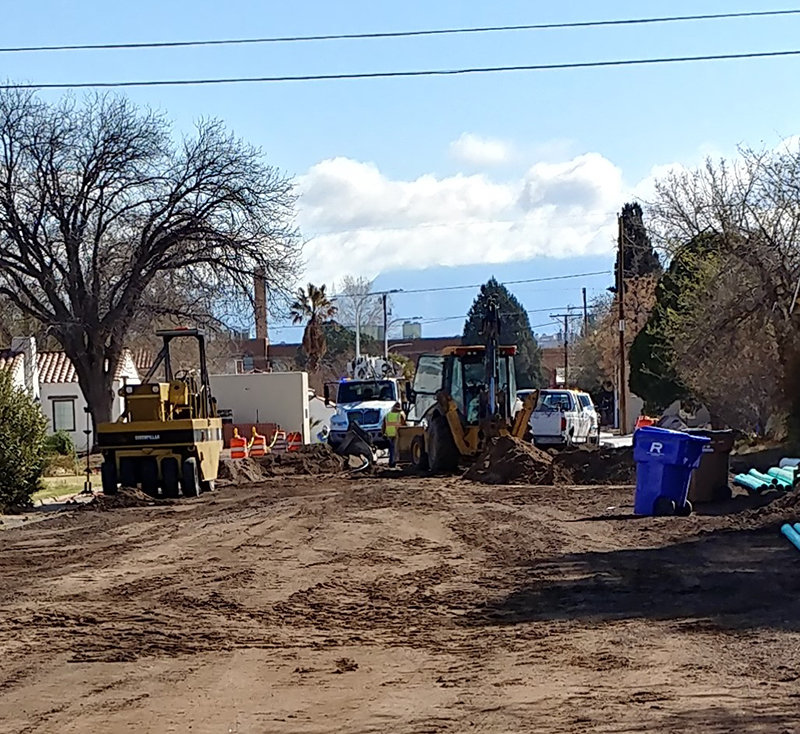 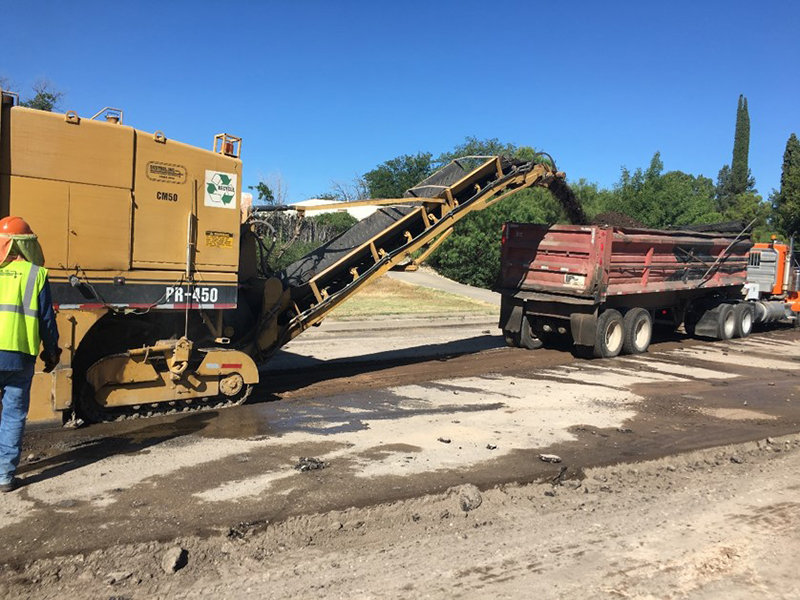 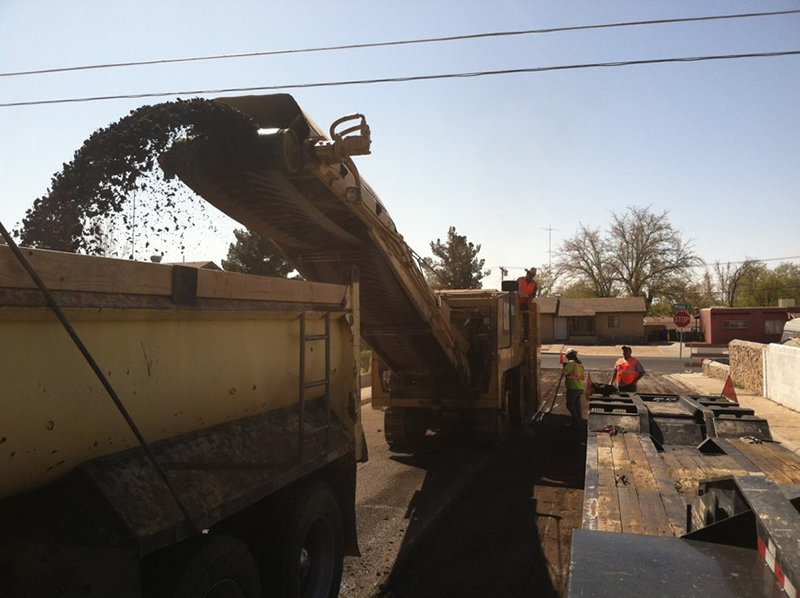 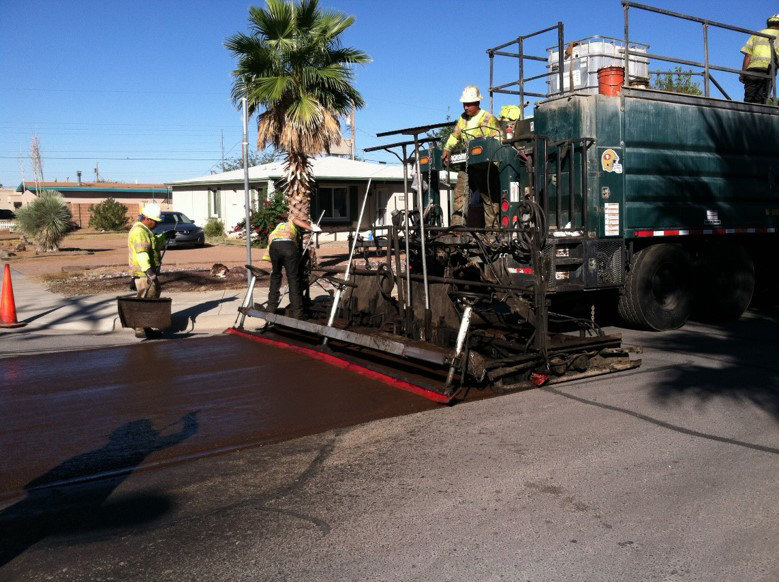 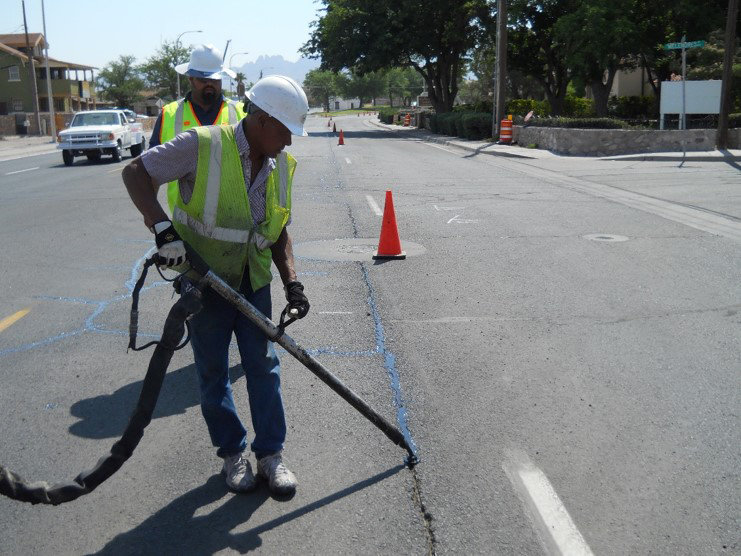 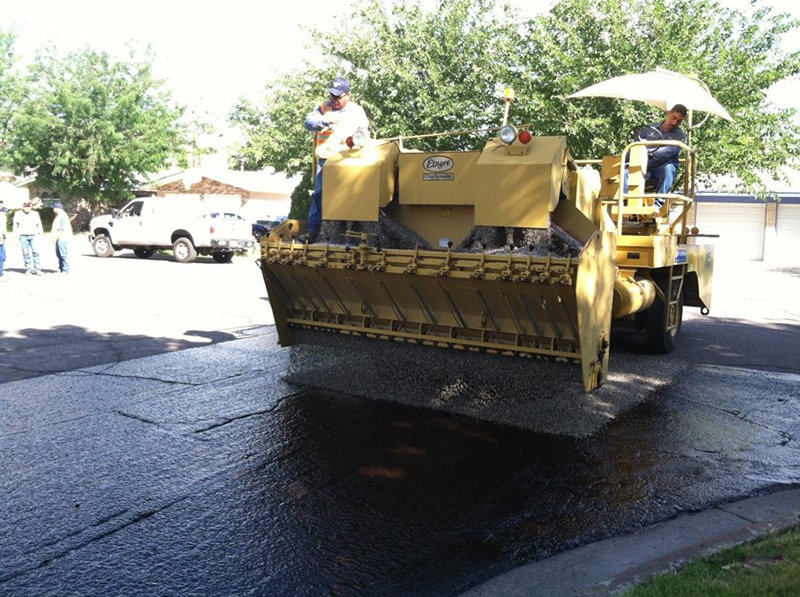 • Crack sealing: Placing an adhesive sealant into cracks on the pavement surface, preventing the infiltration of moisture

• Micro-surfacing: A protective seal coat, which is a thin, tough layer of an asphalt blend, which extends the life of pavement.

• Cape seal: A chip seal covered with a slurry or micro surface.

• Mill and overlay: Requires the removal of the top layer (two inches) of a street by a large milling machine. After the top layer is removed, a new layer of pavement is put in its place.

• Pavement replacement: All asphalt is removed, base is recompacted and new asphalt is placed.

There are 488 centerline miles of streets in the City of Las Cruces, with an annual budget of $4.2 million for paving, maintenance and rehabilitation, city Public Works Department (PWD) Director David Sedillo said.

The city uses pavement management software and a pavement condition index (PCI) to access the quality of each street and determine where work is needed most, Sedillo said. As a whole, city streets have a PCI of 66 out of a possible 100, he said. The goal is at least 80.

Sedillo said it would cost about $105 million to bring all city streets up to the 80 mark, or about $7 million a year for 10 years.

“I would love to see that increase happen,” he said, recognizing that the city has “many other priorities and needs, as well.”

Most city paving projects are contracted out to private companies, with the city using local vendors for “a lot of our contracted work,” he said.

“We want to ensure we get the best possible results in our pavement maintenance for our residents and community,” Sedillo said.

Street management also includes six street sweepers and a five-man concrete crew that does ADA-ramp installation and the construction and repair of sidewalks and concrete structures that are part of the roadway system, Sedillo said.

If one crew is down because of weather conditions or some other issue, its members work with a different crew, he said.

“There’s a lot of hats that they wear through the year. They do an excellent job,” Sedillo said.

“You can imagine the level of responsibility they have throughout the city based on the center-line model,” Sedillo said. Centerline miles measure a street’s length regardless of how many lanes it has.

Street projects often involve more than paving or resurfacing, Sedillo said, and his road crews work closely with the Utilities Department and other city departments to add or replace utility lines, storm drains, lighting and signaling.

“There’s quite a bit that goes into installing those infrastructure needs into a project,” he said.

It sometimes means dealing with utility lines dating as far back as the 1940s.

“We do our best to do the research we have based on the records we have for what’s underground,” Sedillo said. “You do find some things that are unexpected. We work as quickly as we can.”

Sedillo said crews do their best to minimize inconvenience to nearby residents and businesses.

Sedillo is a professional engineer who was recently promoted to PWD director. He has been with the city 15.5 years. He was born in Las Cruces and grew up in the village of Doña Ana.

“I consider it an honor to serve the community,” Sedillo said. “I feel I have a great responsibility and I don’t take that lightly.”