Vescovo sells on 'high note,' but will stay on as GM with new owners 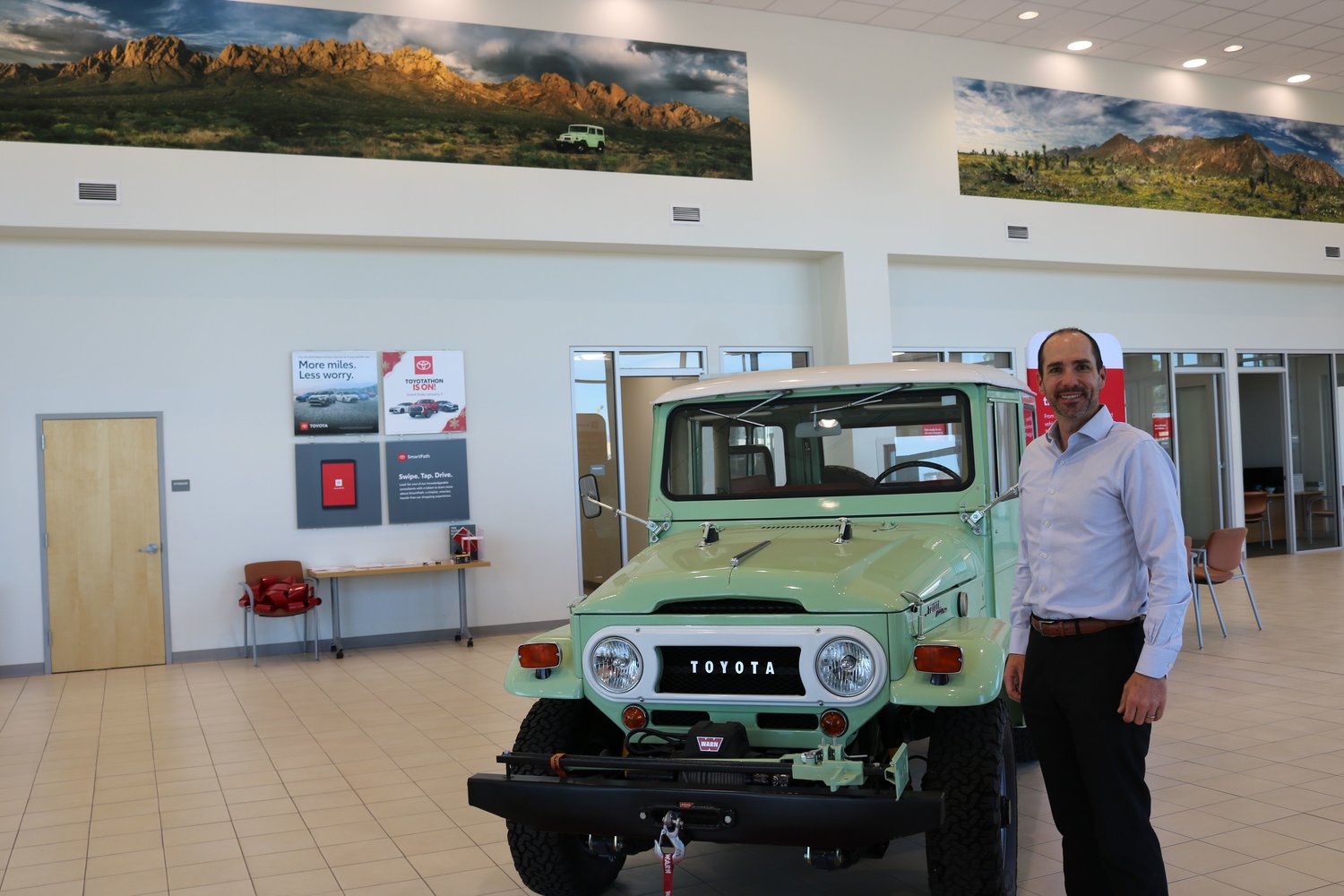 George Vescovo with the Jeep he bought from his father. It is also pictured in the photo above him at Vescovo Toyota of Las Cruces.
Photos courtesy of George Vescovo 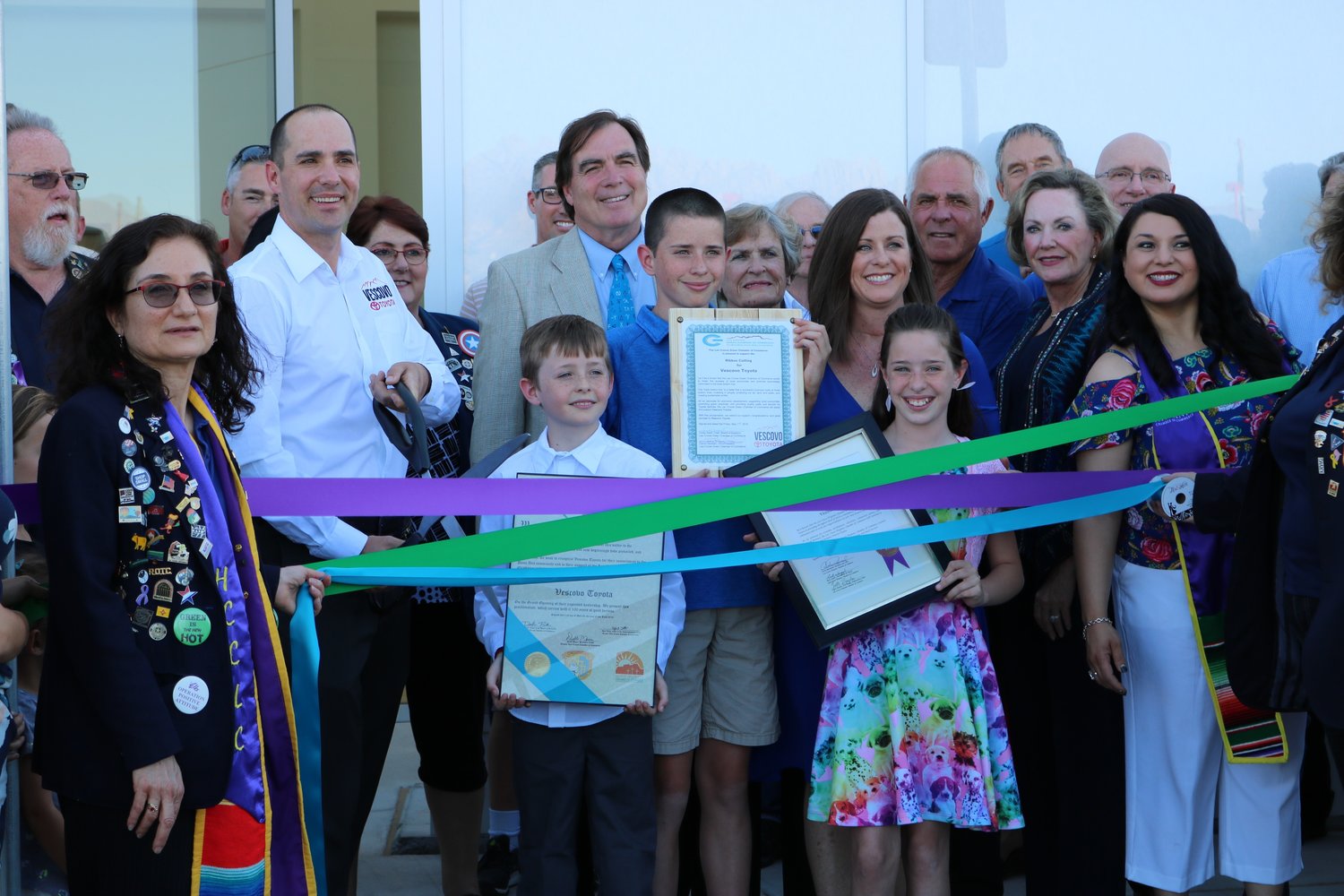 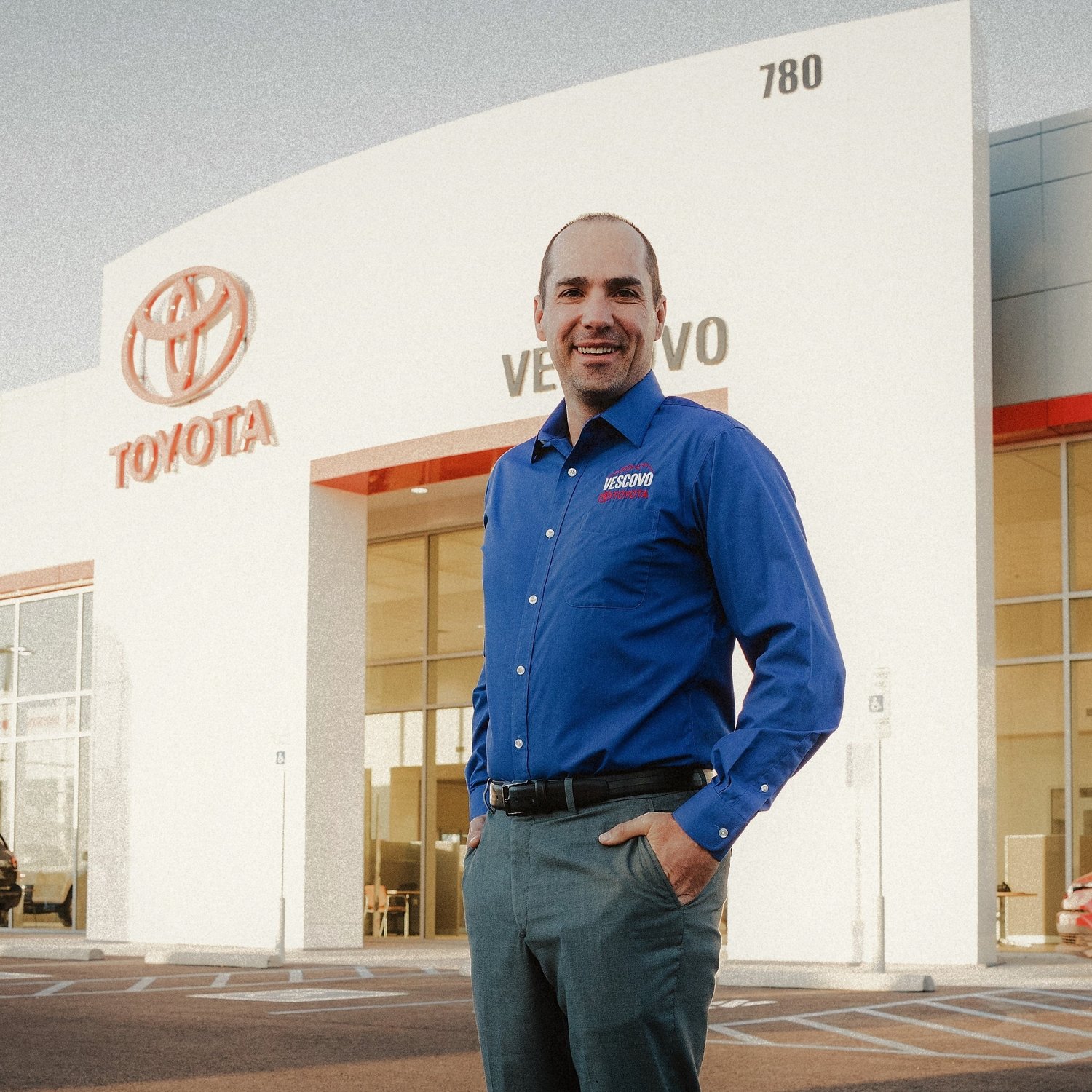 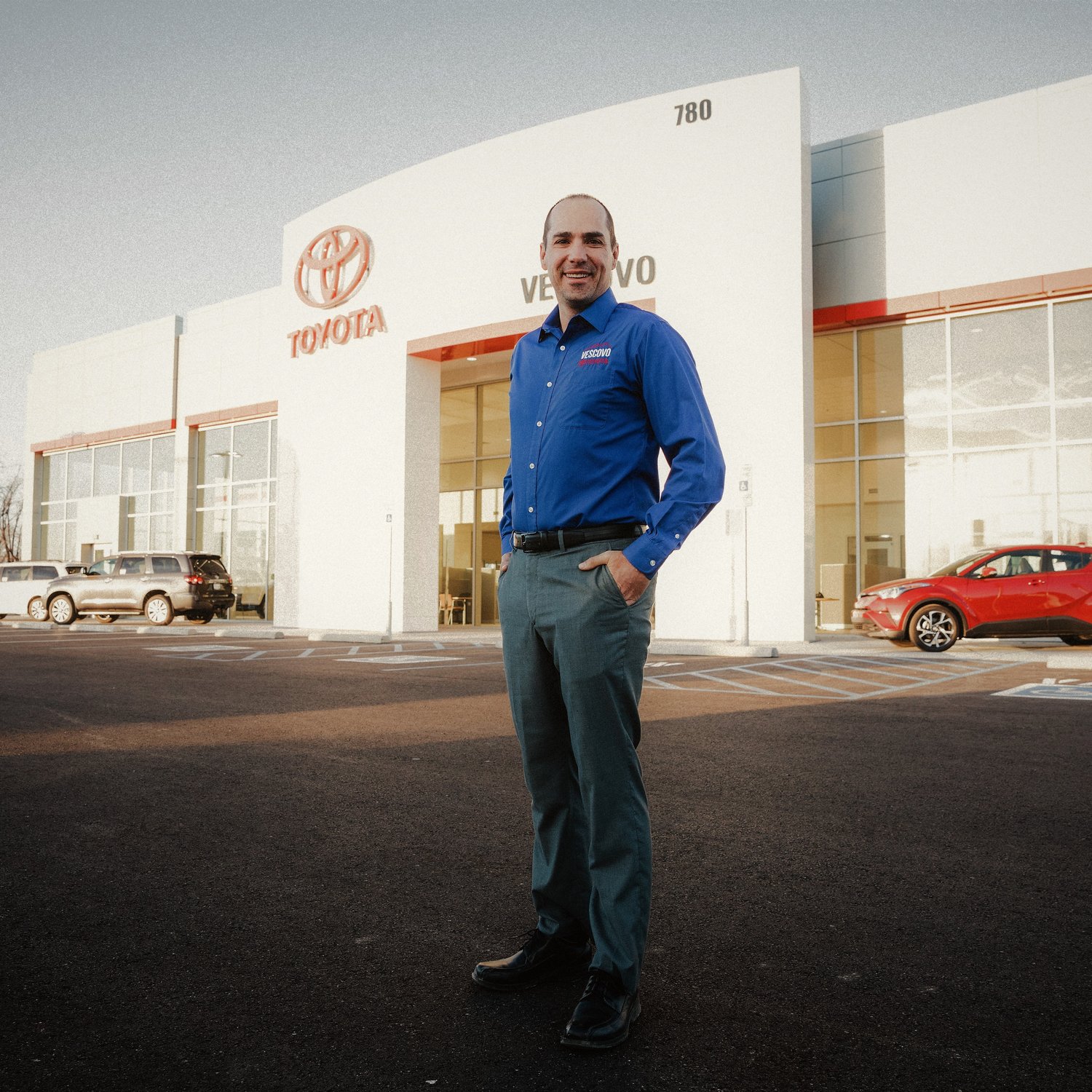 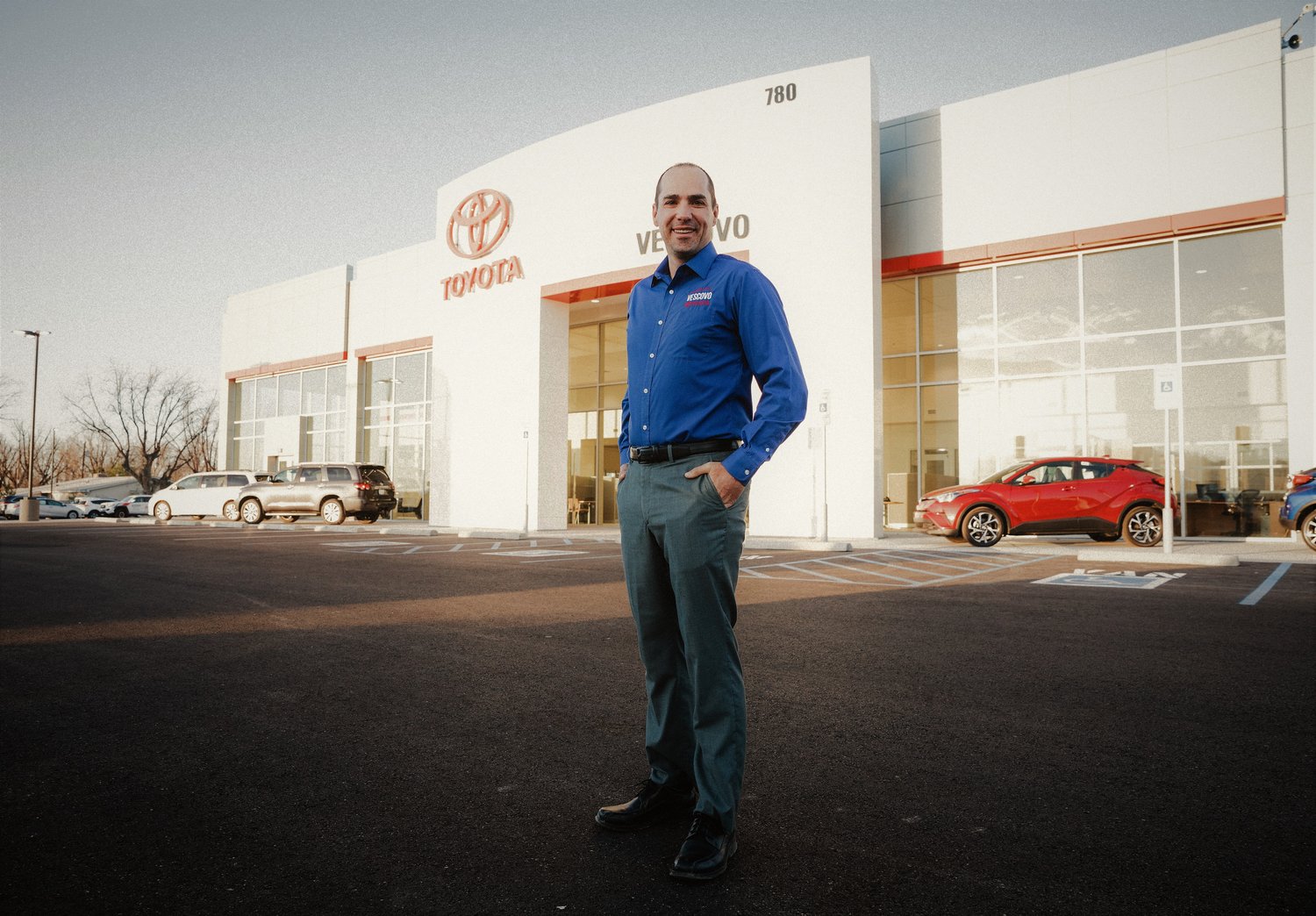 “I wanted to go out on a high note, and we definitely did,” George Vescovo said after he sold his Toyota dealership to Viva Toyota, which took over Dec. 13.

Despite the pandemic and major construction on Valley Drive where the dealership is located, Vescovo Toyota had its best years ever in 2020 and 2021 and sold almost 900 vehicles in 2021, which Vescovo said was more than any other individual dealership in Las Cruces.

“I think it was just the right time,” he said about his decision to sell.

And, although he will not be the owner, Vescovo will remain with Viva Toyota as general manager.

“I’m excited to stay on,” Vescovo said, and help “take the dealership to the next level.”

He said he is pleased Viva offered jobs to all Vescovo Toyota employees, and most of the approximately 40 people who worked for him accepted.

Vescovo is a third-generation car dealer in Las Cruces, and his full name reflects the entire history: George Kuper Vescovo.

George went to work for his dad managing the dealership in 1999. He bought Las Cruces Toyota in 2013 and changed the name to Vescovo Toyota of Las Cruces. It became the fastest growing Toyota dealership in the Southwest in 2014, Vescovo said, with annual increases in new car sales averaging 44 percent.

Vescovo attended Mesilla Park Elementary School and Zia Middle School before graduating from Las Cruces High School, where he was on the tennis team and “more the nerdy science kid,” Vescovo said.

He earned a bachelor’s of science degree in microbiology with a minor in chemistry from the University of Arizona in 1999 and intended to go to medical school. But then the family business called and Vescovo worked as sales manager and then general manager at Las Cruces Toyota for the next 10 years.

And, at age 45, Vescovo has no plans to retire, and intends to remain with Viva Toyota “as long as it’s a good fit,” he said.

He has served on the boards of the Greater Las Cruces Chamber of Commerce and the Community Foundation of Southern New Mexico, created an endowment and donated a car to support the automotive technology program at Doña Ana Community College, and he and his wife, Amanda, and Vescovo Toyota created the 20 for 20 Campaign two years ago, donating $20,000 to support local nonprofits. And, Vescovo Toyota has been a long-time major sponsor of Las Cruces Public Schools’ Count Me In car giveaway to support student attendance.

Vescovo is also an avid outdoorsman and is especially fond of trail running.

“That’s one of the things I love about Las Cruces,” Vescovo said. It “really shines with all the outdoor activities.”